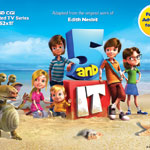 Indian animation powerhouse DQ Entertainment is one of many studios that will attend Annecy’s MIFA market (June 8-10) this month. In addition to some of its  previously announced projects such as The New Adventures of Peter Pan, The New Adventures of Lassie and the second season of The Jungle Book, the Hyderabad-based studio will present a new adaptation of Five Children and It, the classic children’s novel by Edith Nesbit, which was first published in 1902. 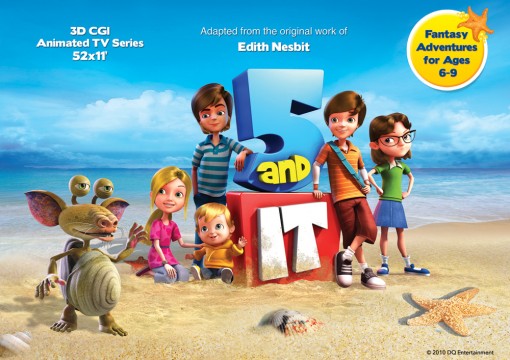 Five Children and It

The book, which was also adapted into a little-seen 2004 movie directed by John Stephenson, centers on the magical adventures of five children who come across a grumpy sand fairy named Psammead who has the power to make their wishes come true.

As chairman and CEO Tapaas Chakravarti explains, the DQ team put a lot of effort and thought into how to update the text for 21st century audiences. “We felt that the story has a great appeal for today’s generation,” he tells Animag. “Our production, however, will have a very contemporary look and feel, and children will be able to relate to all the characters, their problems, concerns and aspirations at this age.” 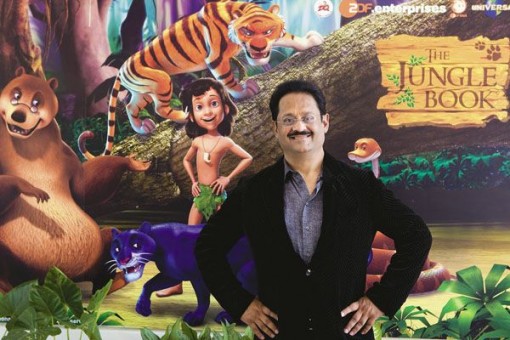 “The show will strike a chord with the target audience with the right proportion of comedy, adventure, emotions and exquisite locations which gave a fresh look to the property,” explains Chakravarti. “The appeal will come from the quirky, whimsical Psammead as well as situational comedy as the children land themselves into trouble because of their wishes. Psammead is sarcastic, cheeky and an inveterate talker, but he’s also quite wise in his ways. And it is this combination of the real lives of real kids, the fantasy world of the Psammead and his wish-granting abilities that will make 5 and It a truly unique property with equal doses of adventure, fantasy and humor. Each episode will convey positive messages for a generation whose parents might have grown up watching such shows and therefore attracting parent approval for viewing.”

According to Chakravarti, DQ is the lead producer of the (52 x 11) High-Def, 3-D series, which is estimated to cost about 9.2 million euros (about $13.2 million). The writing and voices for the series will be undertaken in the U.K., while creative development and animation production will be done in India. Frequent German collaborator ZDFE is also co-producing the series. 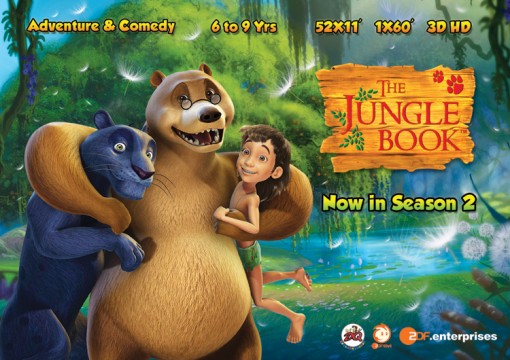 In addition to 5 and It, DQE is heavily involved in producing second seasons of The Jungle Book, Iron Man, The Little Prince, Le Petit Nicolas (Little Nick) and Casper as well as launching the first season of The Little Prince. “This has been a validation of our quality and skills in producing high-quality content for international audiences,” Chakravarti points out. “We are also currently producing Lassie in high-end classical animation and Peter Pan in 3D. We are using what we have learned from these productions to produce our own theatrical films of The Jungle Book and Peter Pan. Early this year we successfully completed the production of the 3-D stereoscopic feature film The Prodigies, produced for Fidélité Films and Onyx Films, which was released on May 25 by Warner Bros. in Europe.” 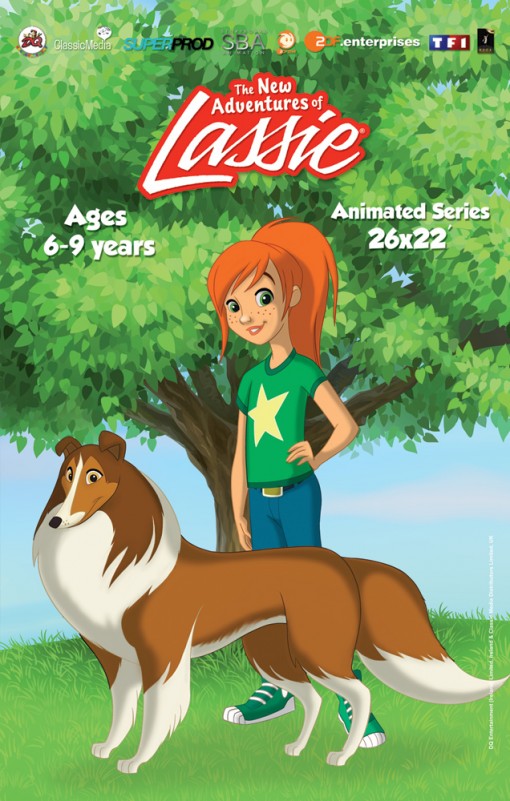 The New Adventures of Lassie

An animation veteran who has led DQ Entertainment in achieving remarkable global growth over the past few years, Chakravarti is very optimistic about the future. He points out that recent releases and box office hits such as Rio and Rango have proven that while on the whole the focus of many filmmakers and animators has been on making the viewing experience as realistic as possible, the old-fashioned values of kindness, honesty and generosity that they convey will never really go out of fashion! He adds, “Of course for audiences, the 3-D experience is providing thrills that are visceral as well as visual, while filmmakers are using technology to tell their stories in a way that is more immediate, more detailed and more real than ever before, allowing them to push the boundaries of filmmaking to the limits of their imaginations.” 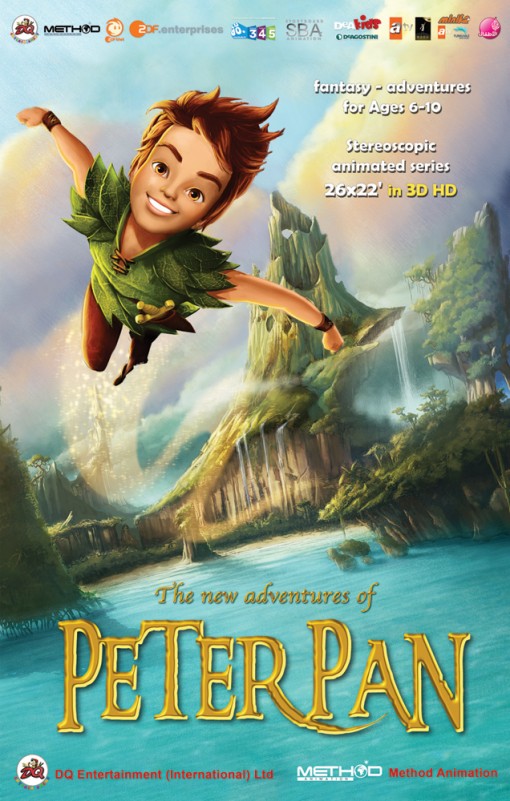 The New Adventures of Peter Pan