Fans of Cartoon Network’s popular show Total Drama: Revenge of the Island have a big Tuesday (August 28) ahead of them as the cabler will the season finale of the show at 7:30 p.m. New episodes of Adventure Time, Regular Show and The Annoying Orange are also on tap this Monday (August 27). Here are the official descriptions for each episode: 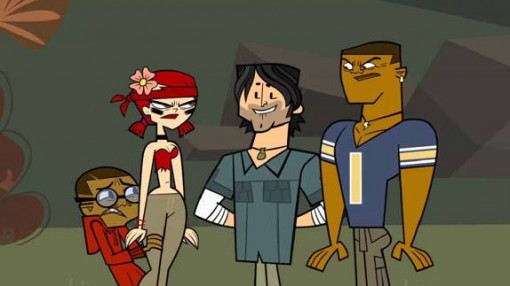 Total Drama: Revenge of the Island. “The Ultimate Showdown.” This is the big finale with only three competitors left. Lightning, Cameron or Zoey on the island. Who will be going home a millionaire? Tuesday, August 28 at 7:30 p.m 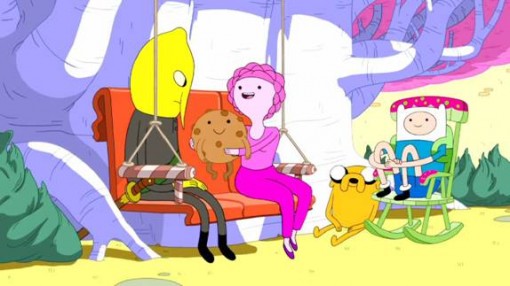 Adventure Time. “You Made Me.” When a creepy sleep-peeping Lemongrab upsets Princess Bubblegum with his creepy ways, Finn and Jake need to tend to some issues in the Outer Realm. Monday, August 27 at 7:30 p.m. 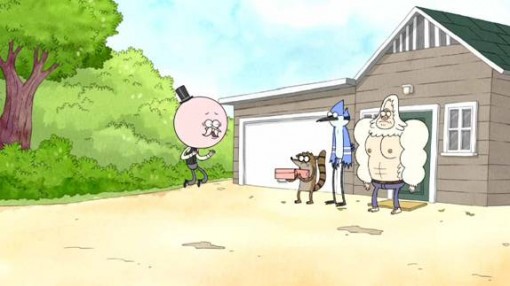 Regular Show. “Sugar Rush.” Mordecai and Rigby have to pick up the donuts for the morning meeting. Monday, August 27 at 8 p.m. 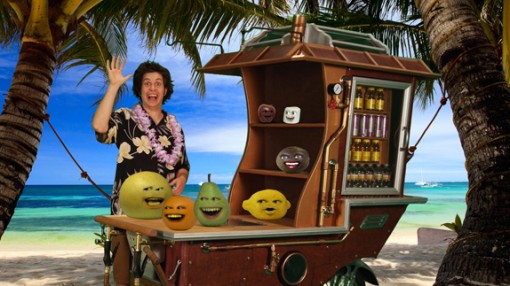 The Annoying Orange. “Lords of Fruitbush.” When the fruit get their rinds handed to them by a squad of bad squash, they decide to form their own gang. But they quickly become embroiled in the grocery store underworld, and a free–‐for–‐all food fight threatens to ruin the peace of the produce section. Can a juiceless resolution be found? Or will Orange and his home–‐fruit be forced to settle the score? Monday, August 27 at 8:30 p.m.

You may also like...
Related Topics:Adventure Time, Annoying Orange, Cartoon Network, Lords of Fruitbush, Regular Show, Sugar Rush, The Ultimate Showdown, Total Drama Revenge of the Island, You Made Me