Produced by 9 Story, Numb Chucks centers on two half-witted woodchuck vigilantes, Dilweed and Fungus, who use their non-existent kung fu skills to protect the lives of all the citizens in Ding-A-Ling Springs, whether they need it or not. 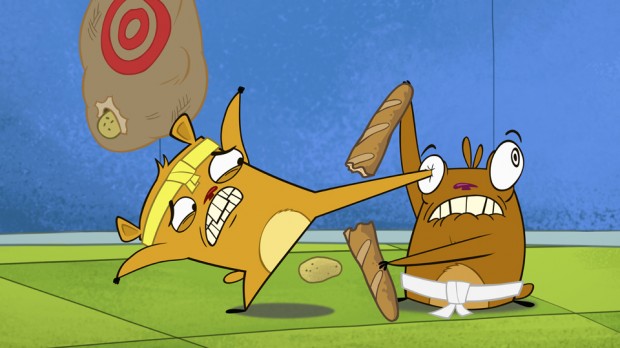