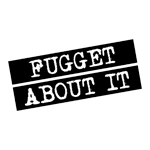 Canada’s 9 Story Entertainment has announced its mob family primetime comedy toon Fugget About It (seasons 1 & 2, 26 x 22) will arrive Stateside on streaming platforms Hulu and Hulu Plus as a Hulu Exclusive Series.

Originally developed for TELETOON’s Night Pilot Project, the 2D animated series was created by Nicholas Tabarrok and Willem Wennekers and developed by Jeff Abugov. Fugget About It centers on Jimmy Falcone, once a feared capo in the Gambini crime family, who turns witness for the Feds after the mob insists he whack his Uncle Cheech and he ends up tossing the crime boss out a window. With the mob on his heels, Jimmy and his family are sent into witness protection in snowy Regina, where the quick-tempered goodfella struggles to get along amidst the polite and friendly Canadians. 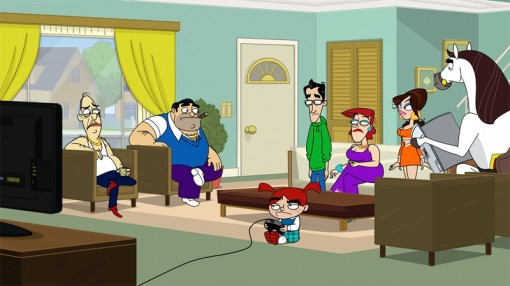