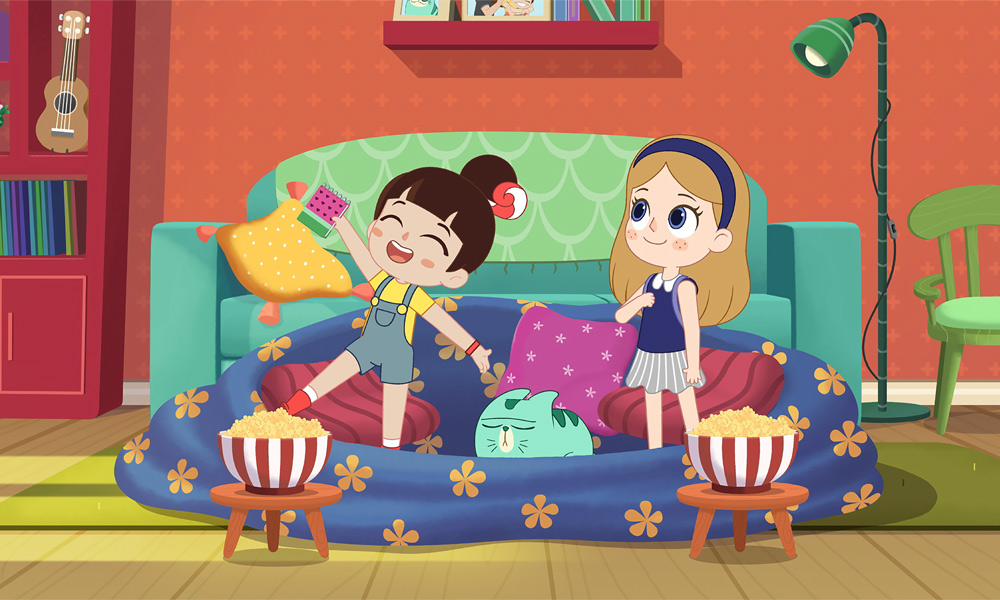 The series was previously licensed to Milkshake! (U.K.), ABC Australia and E Junior (U.A.E.), and is nominated for an International Emmy Kids Award.

Luo Bao Bei was created by Magic Mall’s Grace Tian. An original work from the Magic Mall team in Beijing, it was directed by Adam Bailey and Tong Lijun, produced by Ma Lin and Jon Rennie, with Dave Ingham (Shaun the Sheep, Octonauts) as head writer. Cloth Cat Animation was commissioned for the animation and 9 Story Distribution International holds global distribution and merchandising rights for Luo Bao Bei, excluding China.

Aimed at children 4-8, the series follows Luo Bao Bei, a bright and spirited 7-year-old girl with a vivid imagination, on a quest to understand the world around her. With her friends, family and some endearing animal companions by her side, she navigates the excitement of childhood with enthusiasm and curiosity, finding adventures along the way.