9 Story Distribution International has acquired three children’s series for global distribution, and will present them at MIPTV. This includes animated series Vivi, created by Oscar-winning director Alê Abreu and produced by Mixer Films, and TéléQuébec’s My Friend Bubbles shorts; as well as Emmy-winning live-action show Ruby’s Studio, which featured animated elements and segments and is produced by The Mother Company.

Acquired from Brazil-based Mixer Films, Abreu’s Vivi centers on the titular seven-year-old girl and her friends, Backpack and Flashy, who embark on magical journeys to fantastic new places while learning a about the world — and ultimately, about themselves. 9 Story has picked up all international rights to the 26 x 11-min. series, excluding Latin America, where it will air on Discovery Kids.

Produced by TéléQuébec, My Friend Bubbles is a series of shorts (52 x 1 min.) that promotes the socio-emotional and cognitive development of toddlers. The animated series stars Bubbles, a charming six‐year‐old boy, and his playful kangaroo friend. Each episode brings new discoveries and fun‐filled voyages to worlds where poetry, surprises and make‐believe come alive. 9 Story has acquired worldwide rights to the series, excluding French Canada.

Created and produced by The Mother Company, Ruby’s Studio (4 x 45 min. and 4 x 28 min.) is designed to provide social and emotional tools to preschoolers to help with issues such as big feelings, conflict with friends, sibling rivalry and personal safety. The show has won over 25 parenting and media awards, including an Emmy in 2016, and received 5 out of 5 stars from Common Sense Media. In addition to the full length episodes, there are also over 60 shorts available. Ruby’s Studio is currently streaming on Netflix (SVOD, English territories) and Amazon (TVOD, worldwide), and is available on American Public Television networks. 9 Story has acquired all rights to the series excluding English speaking SVOD and select US rights. 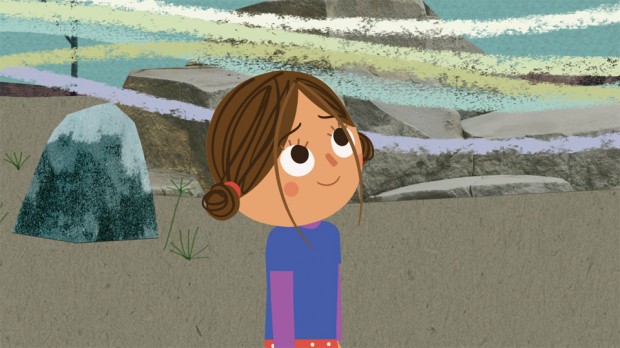