9 Story Entertainment has entered into a development deal with award-winning musical act Imagination Movers. The kid-friendly rockers have previously starred in Disney Junior’s live-action series of the same name, which has aired in more than 55 countries. 9 Story is at work with the band on a new animated series: Super Movers, an energetic comedy aimed at kids 4-7.

Super Movers features highly animated versions of the Imagination Movers band, imbued with hilariously over-the-top superpowers. The Super Movers are dedicated to showing that every child has their own inner superpower just waiting to be discovered.

“The idea of helping young kids discover their own special abilities in a way that’s high-energy and filled with music is right up our alley,” says Dave Poche from Imagination Movers. “9 Story shares our creative vision and we are so excited to be working with them to bring Super Movers to life.” 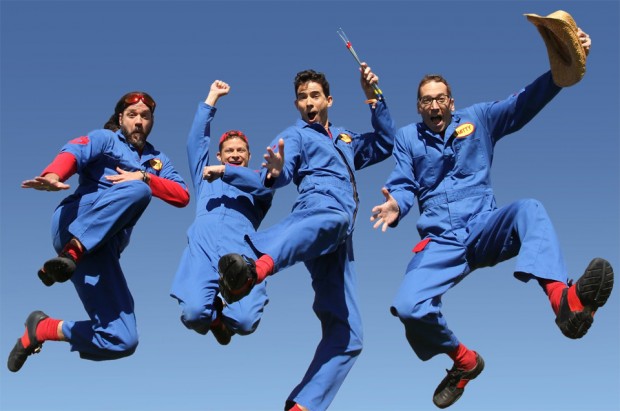