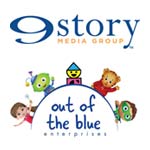 9 Story Media Group announced the acquisition of Out of the Blue Enterprises, a leader in children’s media across content creation, TV production, digital apps and consumer products. Founded in 2005 by Blue’s Clues co-creator Angela Santomero and former Nickelodeon executive Samantha Freeman, Out of the Blue is best known for the Emmy-nominated literacy series Super WHY; the Mister Rogers’ Neighborhood-inspired Daniel Tiger’s Neighborhood; and the interactive art adventure program Creative Galaxy for Amazon Studios. Out of the Blue also owns the legacy toy brand Colorforms, named by Time Magazine as one of the 100 Greatest Toys of All-Time, and the company is in production on a new animated series based on the classic brand.

New York City-based Out of the Blue, known for its award-winning in-house creative and full-service L&M management, will become a wholly owned subsidiary of 9 Story Media Group, with Managing Director Freeman staying on to lead the company and Santomero continuing to serve as Creator and Executive Producer.

The companies have worked together on Daniel Tiger’s Neighborhood, which 9 Story produces and distributes internationally with The Fred Rogers Company in association with Out of the Blue (animation by Brown Bag). They also collaborated on Creative Galaxy, produced by Out of the Blue with 9 Story as animation partners. Both series are in production on new seasons.

Vince Commisso, President & CEO of 9 Story Media Group, said: “Having worked with Angela and Samantha on Daniel Tiger’s Neighborhood and Creative Galaxy, we have tremendous respect for their creative capabilities. Out of the Blue has a proven track record in developing unique and beloved brands for a preschool audience. Joining forces broadens our development capabilities, increases our consumer products reach and extends our presence in the U.S. We look forward to working with the entire Out of the Blue team and are absolutely thrilled to welcome them into the 9 Story Media Group family.”

Santomero commented, “We have enjoyed working closely with 9 Story over the past decade, producing uniquely engaging entertainment offerings for preschoolers that also serve as valuable resources for parents, caregivers and teachers.” Freeman added, “We are excited to join 9 Story’s expanding media platform and look forward to creating, producing and licensing current and new preschool properties together.” 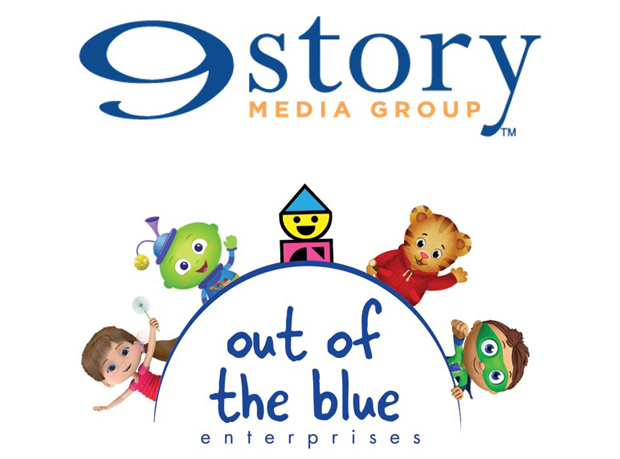 9 Story Media Group and Out of the Blue Enterprises

‘Unikitty’ Is Pink, Positive and Purr-fectly Tooned
‘Coco’ Crosses Over to Disc & Digital Next Month