9 Story Entertainment has secured a clutch of new licensees for its animated comedy Fugget About It (26 x 22), which will soon enter production for a third season. These deals include a home entertainment agreement with Entertainment One, and an e-commerce site with Monetyze. The first season of the show will be released on DVD by eOne in Canada on September 30. The e-commerce site, fuggetaboutittv.com, is live now and offers drinkware, t-shirts, iPod cases and more goods inspired by the series.

Created by Nicholas Tabarrok and Willem Wennekers, Fugget About It is produced and distributed by 9 Story and centers on former New York mob boss Jimmy Falcone, who moves with his family into witness protection in small-town Canada. Now the “MacDougals,” the Big Apple crime family must adjust to being suburban nobodies. The first two seasons are available in the U.S. as a Hulu Original series. 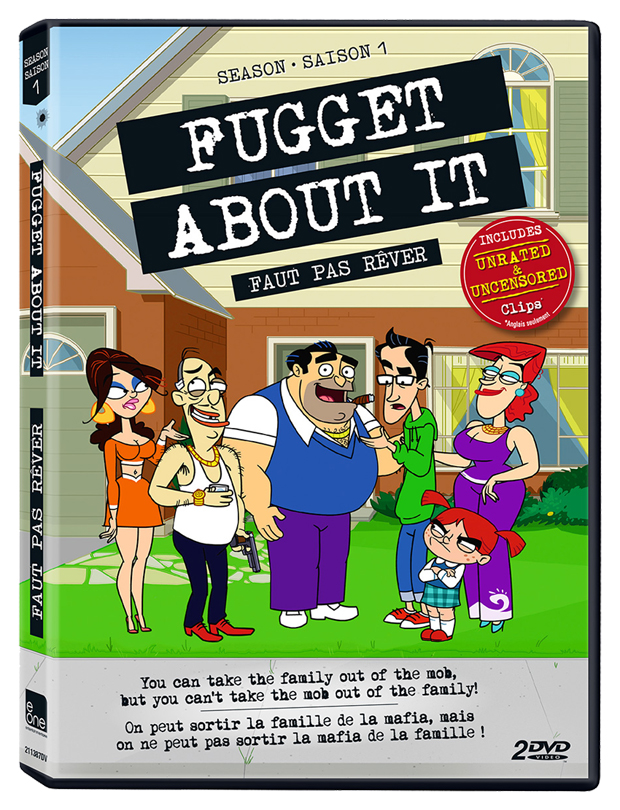