Kratt Brothers Company and 9 Story Entertainment announce production of a fourth season of hit animated wildlife adventure series Wild Kratts for PBS KIDS. Created by real life brothers and zoologists Martin and Chris Kratt (who star in the show), Wild Kratts currently ranks as the No. 2 show across all children’s networks for kids 2-5, 2-8, 4-8 and 2-11. Season 4 will comprise 26 episodes and will launch on PBS KIDS in the U.S. in late 2015.

Wild Kratts premiered in 2011 on PBS KIDS and in Canada on TVO, Knowledge Network and Tele-Quebec. The series is co-produced by The Kratt Brothers Company and 9 Story Ent.; KBC distributes the show in the U.S. and Canada with 9 Story handling international deals. 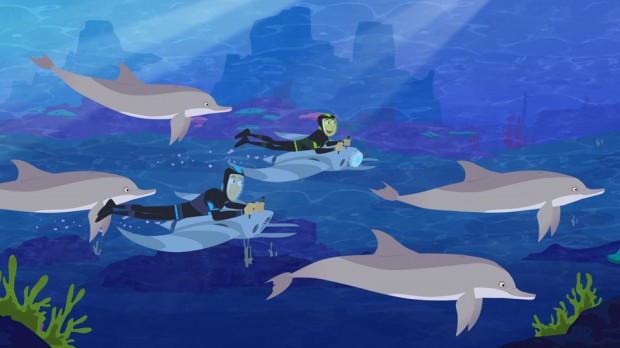