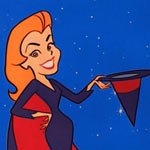 9 Story Media Group and GO-N Productions have entered into an option agreement to develop and co-produce a new, animated series based on the classic live-action sitcom Bewitched. The partners will also jointly control worldwide distribution, while 9 Story will handle the majority of merchandising and licensing rights.

The original Bewitched ran on ABC from 1964 to 1972 — the longest-running supernatural-themed sitcom of the era — and starred Elizabeth Montgomery as a witch married to an ordinary mortal who must constantly contend with the way her powers and her supernatural family meddle with her efforts to live a normal, magic-free life. The show continues to air around the world in syndication, and has inspired several spinoffs as well as a movie adaptation.

The live-action series also featured a much admired animated intro produced by Hanna-Barbera. Several members of the Bewitched cast and crew were also involved with the iconic toon studio — for example, co-star Agnes Moorehead (magical mother-in-law Endora) who voiced the goose in Charlotte’s Web (1972), and writer Ruth Brooks Flippen also penned The New Scooby-Doo Movies (1972). Montgomery and Dick York, who played husband Darrin from ‘64-69, reprised their roles for H-B’s  “Samantha” crossover episode of The Flintstones (1965).

The new 22-minute animated television series will be reimagined for a 6-11 year old audience, with strong family co-viewing appeal.

“Bewitched is one of the most beloved television series of all time,” said Vince Commisso, President & CEO for 9 Story Media Group. “It spoke to universal messages about acceptance and diversity, and people fell in love with the characters. We are thrilled to work with GO-N to reimagine this adored classic, and bring it to new audiences worldwide.”

“The opening credits of Bewitched were animated: could this have been a sign of things to come?” said Eric Garnet, Producer and Co-Founder for GO-N. “We are thrilled to be working on the animated adaptation of this monument of popular television culture. The winning combination of magic, a thoroughly modern heroine, iconic artistic direction, sparkling wit & universal humor all remain intact. The challenge to retain and respect the precious DNA of the show is an exciting challenge that we are happy to share with the 9 Story team. We are completely under the spell and truly ‘bewitched!’” 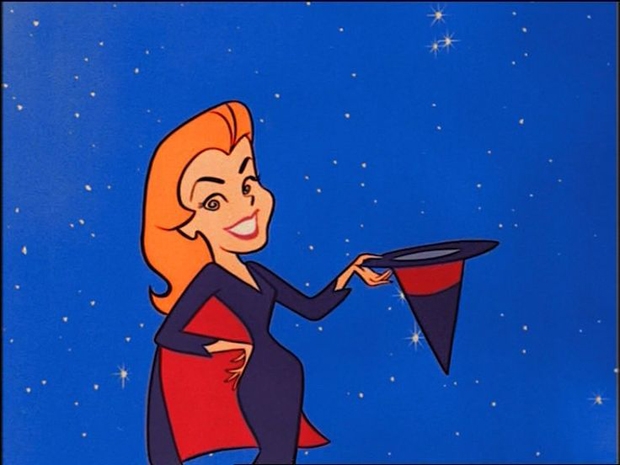