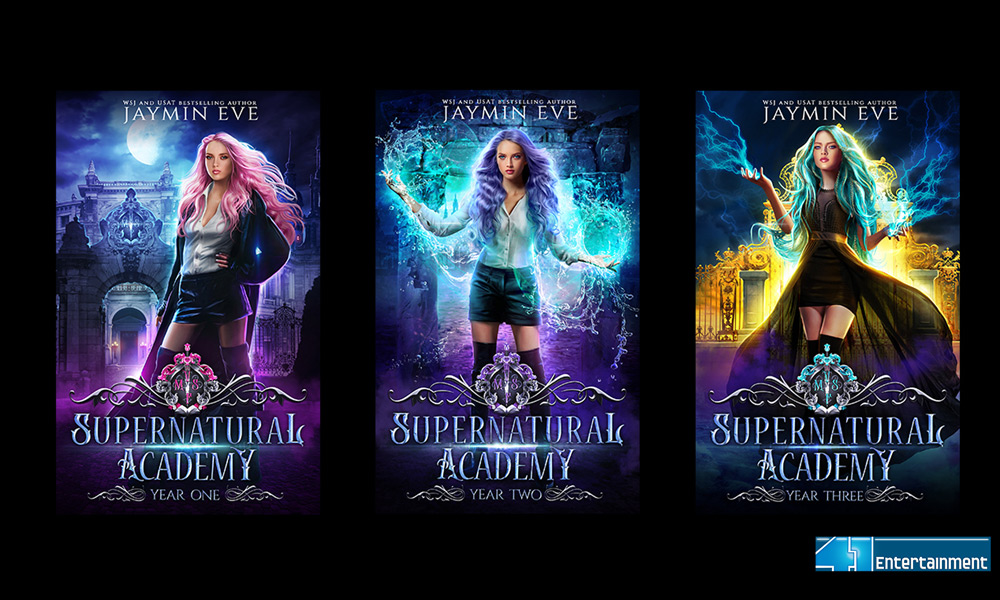 The Supernatural Academy is where shifters, vampires, magic users and fey are educated. Where they are taught about their abilities, and how to function in the human world. Maddison James has been living in the human world inhabited by five races, including Vampires, Shifters, Faerie (Fey), Magic User (Witches, Wizards and Sorcerers) and Demi-Fey (mermaids, centaurs, ogres, trolls, Pixies and Harpies). Maddi is completely unaware she’s a supernatural. But her locked away energy flares at times and accidentally alerted the supernatural schools to her presence. Eventually, one night, on her 22nd birthday, Maddi is tracked down by one of them, informed that her powers will continue to grow and told she must learn how to control her abilities. Maddi thinks this is all insane and tries to escape, only to be dragged to the school against her will.

“While we remain very committed to the children’s animated market, we know that this segment is getting younger as older kids are migrating to other media. Based on the continued success of YA live-action series, it is clear that young adults love the genre. With our animation expertise, we are confident that stories about shapeshifters, vampires, witchcraft and magic can best be told in high quality CG animation,” said Kiersten Halstead, Vice President of Acquisitions, Development and Production. “We are thrilled to have secured the animation rights to Jaymin’s Supernatural Academy books, and the related best-selling series entitled Supernatural Prison.”

“Jaymin Eve’s book series, Supernatural Academy, is the #1 best-selling book in the Teen and Young Adult Paranormal and Urban Fantasy ebooks on Amazon and Jaymin Eve herself is the second best-selling author on Amazon for Teen and Young Adults,” added Executive Producer Allen Bohbot. “There are so many stories to be told based on these characters and we want to be true to the huge install base of existing readers and fans. The world-building visuals are going to be amazing!”

“I could not be happier to see my work on the screen in animation and I am thrilled to partner with 41E who have shown such interest in the characters and worlds that I created,” stated Jaymin Eve. “This is very exciting with a new book in the series out next spring and more to follow. I know my fans will love this.”

The all-CG animation series, envisioned with toon-shading, will target females 16-34 years of age and launch in fall 2021.