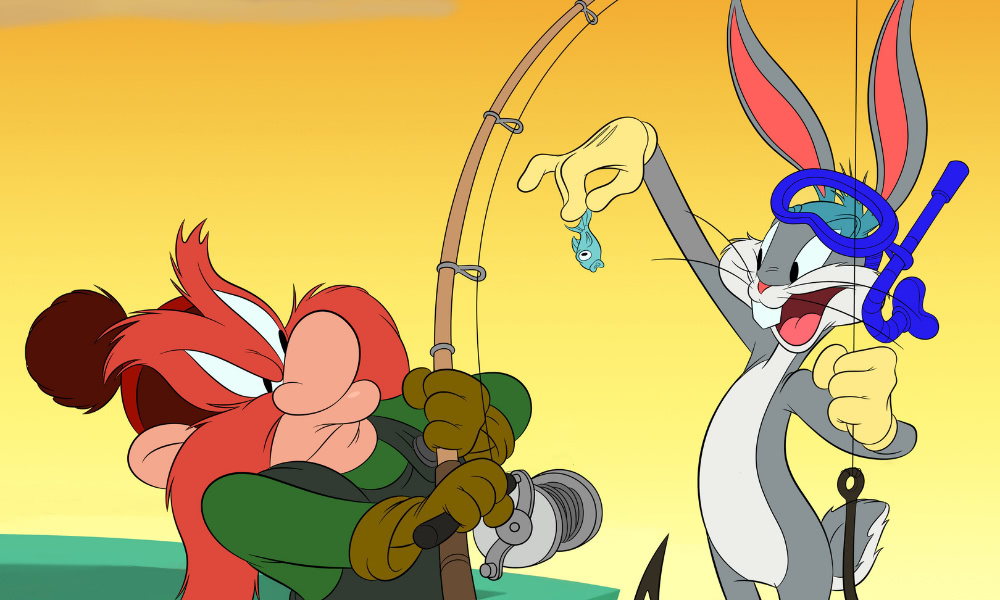 The new year will be off to a sparkling start with the premiere of We Baby Bears, the arrival of Looney Tunes Cartoons Season 4, more Craig of the Creek and more animated pals for viewers of all ages to reunite with across WarnerMedia Kids & Family’s linear and streaming outlets all through January.

First, grab your magical box and fly into 2022 with the debut of the highly-anticipated original animated series, We Baby Bears. The new year kicks off on Cartoon Network with a 10-episode marathon premiere on Saturday, Jan. 1 at 10:00 a.m. ET/PT followed by two new episodes every Monday at 7:00 p.m. ET/PT starting Jan. 3 and continuing throughout the month.

Featuring an enchanting list of guest stars including Anjali Bhimani, Rhys Darby, Janeane Garofalo, Young M.A., Jason Mantzoukas, Stephen Oyoung, Willow Smith and Bernardo Velasco, We Baby Bears is jam-packed with fantastical adventures to lands far far away. Join the bears and their magical box as they travel to lands unknown where they meet new friends, learn a few lessons and discover that “home” can mean wherever they are, as long as they’re together.

(Read all about the new show in the February ’22 issue of Animation Magazine, available soon!)

A new year also means new adventures for Craig, JP and Kelsey as they return to the creek after the legendary Capture-the-flag war. Together, they will embark on a quest that leads them to new friends and greater challenges. Craig of the Creek season four premieres Monday, Jan. 17 at 1:00 p.m. ET/PT with eight brand new episodes airing back-to-back.

Then, join some of cartoondom’s most beloved characters to ring in the new year with more Looney Tunes Cartoons! Season four of the hit Warner Bros. Animation series promises more mayhem, new zany misadventures and plenty of laugh-out-loud moments. In these 10 new episodes, Yosemite Sam realizes lions are easier to tame than his rabbit rival Bugs. Daffy surprises Elmer on his camping trip and Sylvester follows Tweety to the Grand Canyon. Plus, enjoy new escapades with Porky, Foghorn Leghorn, Pete Puma and more of your favorite Tunes! The new season premieres Thursday, Jan. 20 on HBO Max.

Then, join some of cartoondom’s most beloved characters to ring in the new year with more Looney Tunes Cartoons! Season four of the hit Warner Bros. Animation series promises more mayhem, new zany misadventures and plenty of laugh-out-loud moments. In these 10 new episodes, Yosemite Sam realizes lions are easier to tame than his rabbit rival Bugs. Daffy surprises Elmer on his camping trip and Sylvester follows Tweety to the Grand Canyon. Plus, enjoy new escapades with Porky, Foghorn Leghorn, Pete Puma and more of your favorite Tunes! The new season premieres Thursday, Jan. 20 on HBO Max. 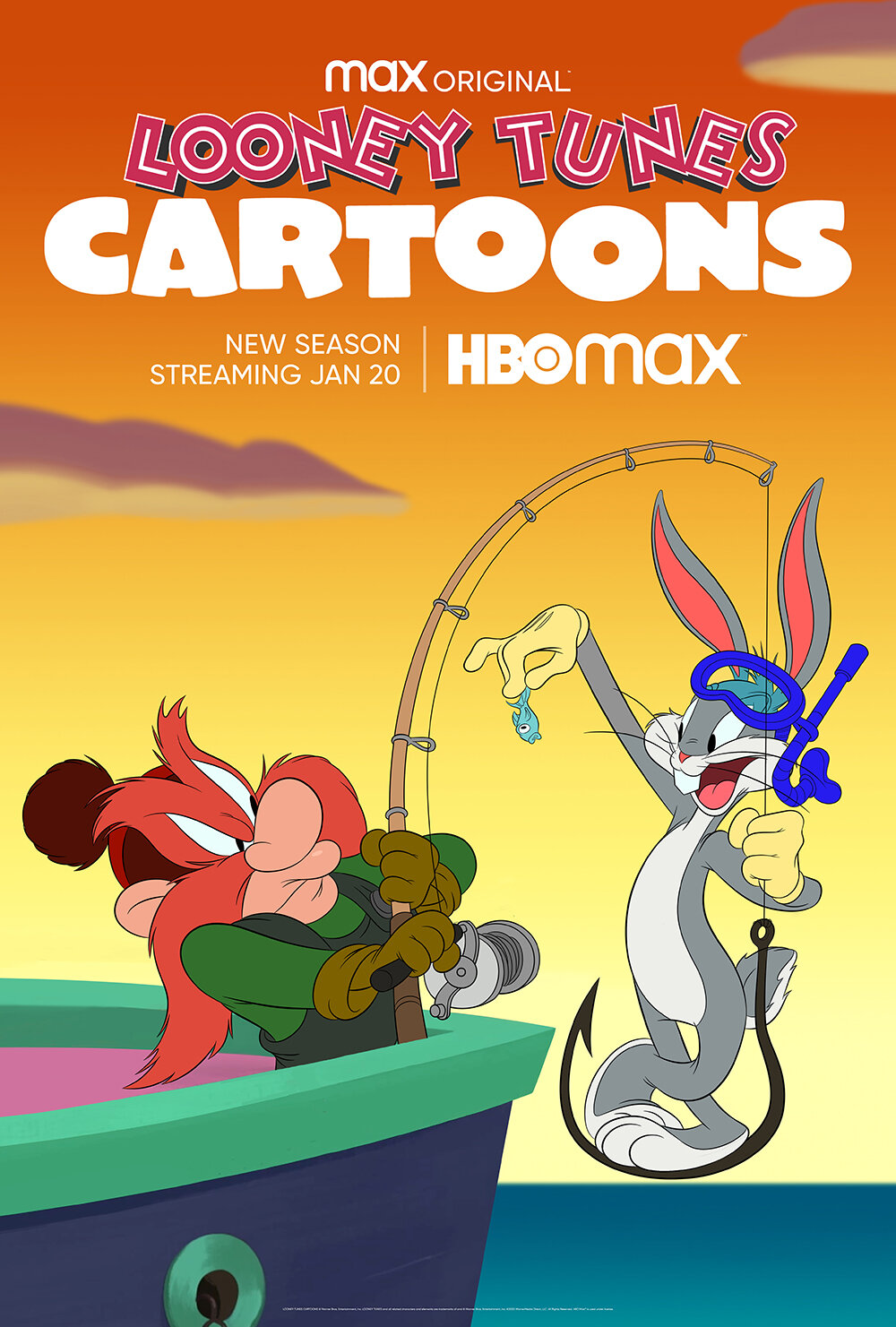 The streamer will also debut season one of Mush-Mush & the Mushables on Jan. 28 as part of Cartoonito on HBO Max. Produced by France’s La Cabane and Belgium’s Thuristar in co-production with CAKE, the show follows the endearing Mushable community as they embark on a journey to put the fun back into fun-gi! As pocket-size guardians of the forest, growing up isn’t always easy, but together each day shines just as bright as the one before. Mush-Mush is created by Elfriede de Rooster and directed by Joeri Christiaen.

The preschool programming section will also drop new episodes of Sesame Street each Thursday. Meanwhile, new installments of The Not-Too-Late Show with Elmo bring celebrity guests the Jonas Brothers, Batman and acapella group Pentatonix to the stage on CN Sundays, Jan. 23 and 30 at 7:30 a.m. ET/PT. 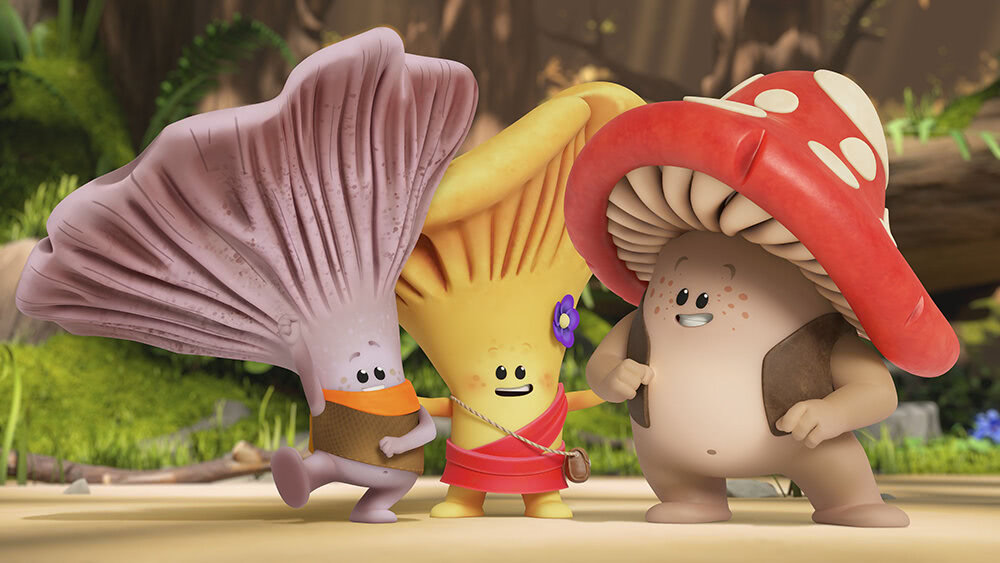 10 a.m. ET/PT | Bing “Ice Lolly” — It’s hot today so Bing and Flop are having yummy delicious ice pops from Gilly. But what will happen to their ice pops when Bing and Flop are rescuing Froggy from the swimming pool in the garden?

“Snow Place Like Home” — When the Bears realize whatever they build with snow comes to life they decide to build the biggest snow party of all time.

10 a.m. ET/PT | Bing “Mural” — Sula and Amma are painting a mural when Bing and Flop arrive and help. Amma reminds Bing that when painting, it’s important to remember to “Dip it…and…Wipe it” to stop the drips! But what will happen when Bing forgets to wipe his brush?

10 a.m. ET/PT | Bing “Hiding” — Bing is helping Flop in Padget’s shop when he decides to hide from Flop! But what will happen when Bing hides in Padget’s storeroom and gets locked in?

7 a.m. ET/PT | Lucas the Spider “You Rang” – Arlo is missing his mother, so Lucas gives him a bell to ring if he needs Lucas’ help – bad idea.

9 a.m. ET/PT | Thomas & Friends: All Engines Go “The Tiger Train” — When Yong Bao visits Sodor, a jealous Thomas sets out to prove he’s the braver train and challenges Yong Bao to a series of bravery challenges, only to have his plan backfire.

10 a.m. ET/PT | Bing “Sandcastle” — Bing and Flop are building sandcastles when Pando comes to help with Don the Dumpertruck! But what will happen when Pando realizes Don’s starter key is being used as a decoration on Bing’s sandcastle?

7 p.m. ET/PT | We Baby Bears “Fiesta Day” — The Bears party it up with living piñatas for Fiesta Day. Wanting the festivities to never end, Grizz wishes for it to be Fiesta Day every day.

“Baba Yaga House” — Squatter Otter tries to win Panda’s trust and convince the Bears to live in a mysterious house.

10 a.m. ET/PT | Bing “Acorns” — Bing and Sula are collecting and counting acorns in the Howly Woods. But when they start to disappear, Flop explains that they need to stay mousy quiet to find out where they’re going!

10 a.m. ET/PT | Bing “Jingly Shoes” — Charlie really wants to try to walk and with the help of Bing’s jingly shoes he takes his first steps! But what will happen when Coco suggests Charlie should keep them?

7 a.m. ET/PT | Lucas the Spider “Do You Speak Dance/A New Spider in Town/Dollhouse Mates” – “Maizie” keeps ignoring Lucas and Findley, but not only do they learn she has a cousin they also learn a new skill! / Lucas befriends a bright pink toy spider and Findley gets jealous / Lucas and Findley move into the dollhouse together. 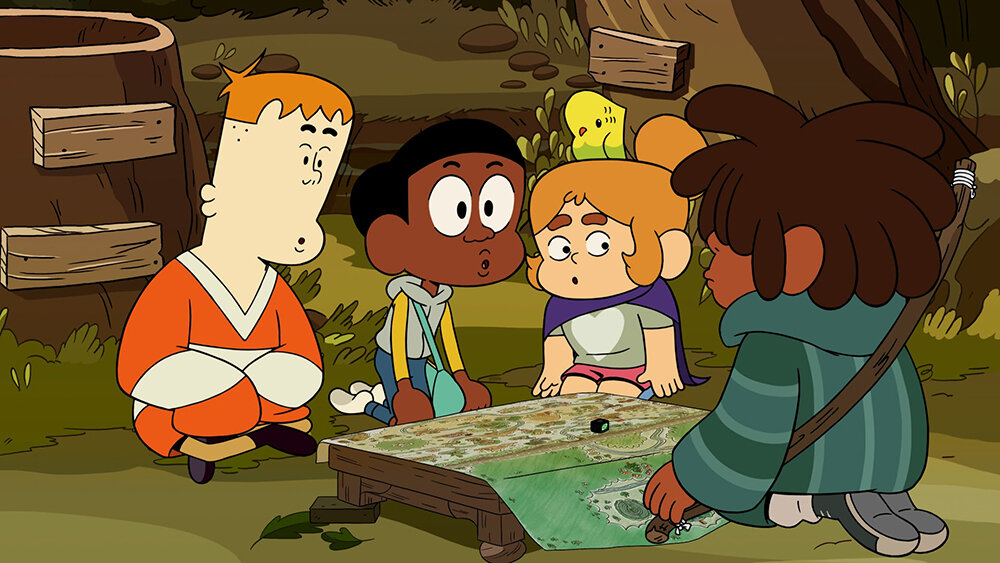 10 a.m. ET/PT | Bing “Looking After Flop” — Flop is sick and Bing explains that he wants to take care of him. So Bing tells Flop to sit on the sofa and gives him a pillow and a blanket, and Hoppity Voosh too! But making honey lemon is tricky hard.

7 p.m. ET/PT | We Baby Bears “Bears in the Dark” — The Bears search for their missing box in a dark and scary cave.

“Big Trouble Little Babies” — When they realize they’re too small for the rides at an amusement park, the Bears use a magic potion to get bigger.

10 a.m. ET/PT | Bing “Music” — Bing, Sula and Pando are making music with Flop and Amma. Everyone has their own instruments, but they all want the drum. Pando gets to go first, but what will happen when it’s time to swap and Sula gets the drum next?

10 a.m. ET/PT | Bing “Hippoty Hoppity Voosh” — Voooooosh! Bing and Sula are vooshing Hoppity and Fairy Hippo up higher and higher. What will happen when Fairy Hippo flies up a little too high and doesn’t come back down again?

7 a.m. ET/PT | Lucas the Spider “Lucas We Have a Problem/Egg-Scuse Me/Pokey Dokey” – Lucas and friends discover a remote-controlled mobile in the kids’ bedroom / Lucas finds an egg in the garden and decides to build it a nest and sit on it / After Avocado loses her chew toy, Lucas and Findley are determined to cheer her up.

9 a.m. ET/PT | Thomas & Friends: All Engines Go “Eggsellent Adventure” — Thomas and Percy have a difficult delivery – getting eggs and other cake ingredients safely to Vicarstown for their bake-off.

10 a.m. ET/PT | Bing “Dragon Breath” — Bing and Pando are blowing steamy dragon breath outside when they find an icicle that makes Bing’s hands icy cold! So they go inside for some hot chocolate. What happens when Bing doesn’t wait for the hot chocolate to cool down?

7 p.m. ET/PT | We Baby Bears “Triple T Tigers” — When the Bears meet three cool tiger brothers, Grizz wants to be just like the oldest, TK, but he may not be the best role model.

10 a.m. ET/PT | Bing “Come On Charlie” — Charlie is coming! And Bing has planned lots of games to play with him. But what happens when Charlie doesn’t want to play any of the games Bing has put out?

10 a.m. ET/PT | Bing “Skateboard” — Bing and Flop are in the park when Pando vooshes past on his skateboard. Pando agrees to let Bing try out his skateboard. But what happens when Bing comes to a steep hill and the skateboard goes faster and faster?

7 a.m. ET/PT | Lucas the Spider “Boot Castle/Avocado’s Long Time Out/Tanks Giving” – Findley discovers a running shoe on the stairs that they use as a shoe fort./ When they hear Avocado has been a bad doggie, Lucas and Findley decide to entertain her./ Lucas tries to make Dimples’ tank seem less small.

9 a.m. ET/PT | Thomas & Friends: All Engines Go “Calliope Crack-Up” — When the engines are delivering attractions to the annual Harwick Beach Carnival, a series of mistakes causes the precious Calliope to break. Luckily, the engines come up with a creative solution.

10 a.m. ET/PT | Bing “Butterfly” — Bing and his friends are playing at Amma’s today when a beautiful butterfly comes inside. But what happens when Bing catches the butterfly in his hands while trying to save it?