Paris-based production and distribution company Cyber Group Studios continues to build the worldwide presence of its hit CG animated series Zorro the Chronicles (26 x 22), with a U.S. launch planned for Hulu this weekend on July 23, in both English and Spanish.

“Writing and producing Zorro the Chronicles has been a very exciting and challenging project for me, as Zorro is an iconic brand known worldwide for over a century,” says Cyber Group’s CEO Pierre Sissmann. “So, our responsibility at Cyber Group Studios, towards the new generations, was huge. I am thrilled that John Gertz of [Zorro Production International] and so many broadcasting partners worldwide have trusted us to make already a real success of this first season.”

Written by Sissmann and Annabelle Perrichon and directed by Olivier Lelardoux, Zorro the Chronicles is an action-comedy aimed at kids 6-12 which follows the teenage adventures of the legendary hero created by pulp novelist Johnston McCulley in 1919. The young Don Diego (a.k.a. The masked hero Zorro) fights to defeat tyranny with his clever, courageous twin sister Ines and best friend Bernardo by his side. 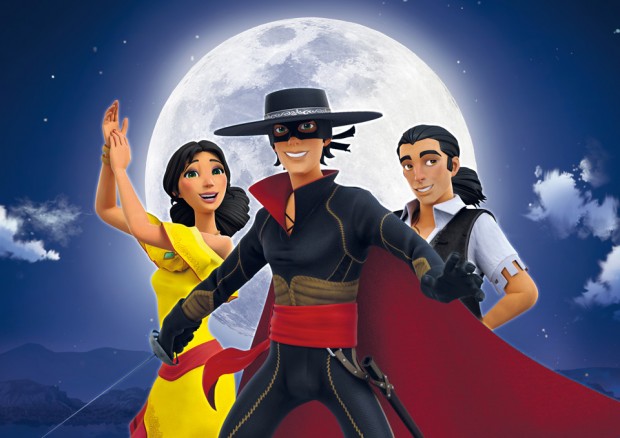