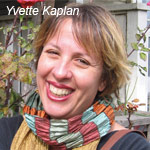 Over the weekend I had the opportunity to come face to face one of the many, many people I knew only over the telephone, having conducted interviews with them from afar. In this case it was animation director Yvette Kaplan. I introduced myself by saying, “If I’m not mistaken, you were the producer of…”

And it turned out I was mistaken. Rather badly. You can’t win them all.

With a little prompting, I then recalled that Yvette has worked with Toon Town’s favorite intellectual drop-outs, Beavis and Butt-Head, since their inception in 1993, up through their most recent incarnation in 2011. She served as animation director for the 1996 feature film, Beavis and Butt-Head Do America, which was the last time that Yvette and I spoke at any length.

For those who remember the “Toon Boom”—that mid-’90s craze when every film studio in town ramped up its own animation department to capitalize on the renaissance big-banged by Who Framed Roger Rabbit and The Little Mermaid-—it is worth mentioning that Beavis and Butt-Head Do America was one of the first non-Disney Boom features out of the gate. It was also among the first non-Disney films to rack up more than $100-million at the box office.

The title teenaged slackers first became hot in an MTV television series created by Mike Judge. If it were possible to improv animation, the result would probably look like Beavis and Butt-Head, which is why it might surprise some to learn how meticulously planned every frame was. “It’s the most controlled show ever,” Yvette told me back in ’96, adding:

“When I first came onto the show, I was totally amazed, and as it has developed, it’s gotten even more so. No one would ever think that. The exposure sheets that our animation directors write out for the animators are unbelievably detailed. I’ve worked on shows before where you act for a character and it becomes rote, like these typical animation moves, when characters talk and move their hands a lot, or they bob their heads. In Beavis and Butt-Head, nobody does that. There are no blinks…though there might be a few blinks in this movie. Every movement is there for a reason, there’s no movement unless there’s a very good reason for it, and that’s like the opposite of animation. It’s totally dialogue-driven. Everyone’s always said that Beavis and Butt-Head could be a radio play–you just listen to it and you laugh. So I don’t like anything that stands in the way of getting that joke across. If anything’s moving that distracts from what they’re saying, it has to go with the dialogue perfectly. And we didn’t change the mouth charts, though there was talk about that. Beavis and Butt-Head have very specific mouth movements and there’s not too many of them. It’s not like Disney, where everything is perfectly enunciated, but it works perfectly for them because it’s very satisfying to see their mouths flapping like they do.”

So having blundered my reintroduction to his vibrant and talented lady, there was little more I say except: “Heh heh…yuh…heh heh…” 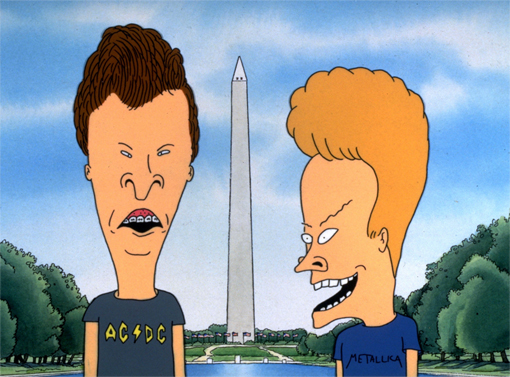 You may also like...
Related Topics:Beavis and Butt-head, Beavis and Butt-Head Do America, Disney, Mike Judge, MTV, The Little Mermaid, Who Framed Roger Rabbit, Yvette Kaplan