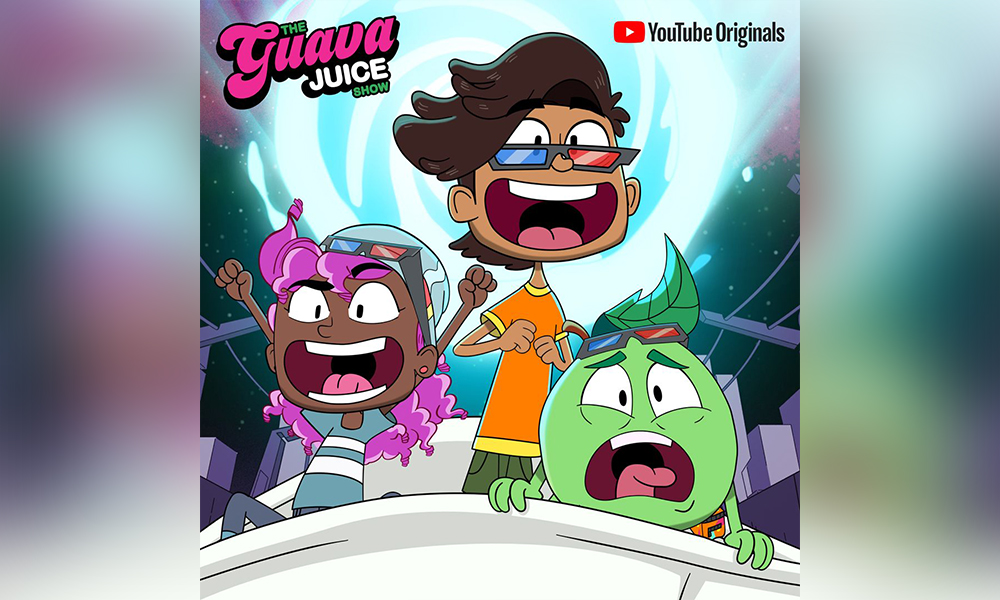 YouTube Originals is offering a special sneak peek of the first episode of The Guava Juice Show, the new twenty-six-episode, school-age animated comedy series from YouTube superstar and creator of the Guava Juice channel, Roi Fabito today (Dec. 30). The official series launch is slated for spring of 2022.

With 16.8 million subscribers and more than 8 billion views, Roi of Guava Juice fame is known for his infectious positivity and messages of staying humble, being true to yourself and chasing your dreams; as well as for his creativity, youthful spirit and love of all things messy.

The new animated show follows the fun adventures of 14-year old Roi (Roi Fabito) and his best friends— plucky teenager Jenny (Bethany Brown) and fretful, safety-first Guava (a walking, talking guava fruit/Adrian Petriw)— as they work at a mysterious curio shop and travel to parallel worlds and dimensions throughout the multiverse in Roi’s magical bathtub.

In the premiere episode “Spicy Challenge,” Roi, Guava and Jenny get into a hot sauce challenge that threatens to destroy the boardwalk! On a quest to find the hottest pepper in the multiverse, they unleash a literal ghost pepper who rains fireballs down on the town (and yes, there are laser snakes as well!).