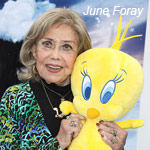 If there is anyone in the animation field who truly needs no introduction, it is June Foray. The First Lady of Animation has accomplished so much in her long and varied career—which is still going strong—that it is difficult to recount it all. She is celebrated worldwide for her cartoon vocal work as Rocky the Flying Squirrel, Natasha Fatale, Granny and many others, as well as her classic comedy album credits with Stan Freberg (St. George and the Dragonet and Stan Freberg Presents the United States of America among them). On radio she wrote and starred in her own series, Lady Makebelieve. She is also a founding member of ASIFA-Hollywood and for that organization created the Annie Awards back in 1972.

Like just about everyone else in the toon trade, I’ve known June for decades and have admired her artistry since I was a kid. In particular, I have been a big fan of two of her lesser known voices. One was for the classic Twilight Zone episode “Living Doll,” in which she voiced “Talky Tina” with chilling malice. I consider Talky Tina to be the single greatest voice performance ever.

My other favorite of June’s roles is “Alice Crumden” from the Warner Bros. Honey-Mousers shorts.  June parodied Audrey Meadows in The Honeymooners, while Daws Butler voiced both “Ralph Crumden” and “Ned Morton,” take-offs of Jackie Gleason and Art Carney, characterized as mice. Way back in 1991 I asked June about these cartoons. “They were perfect impersonations of those three people,” she told me, adding: “I also did the cat, which was very reminiscent of ‘Lucifer’ in Cinderella, which I did.” June then went on to relate how the first cartoon, 1956’s The Honey-Mousers, hit a bump on the way to the theatres: 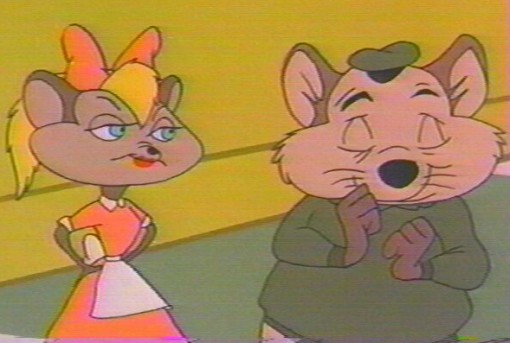 “After The Honey-Mousers was concluded, I had seen it and thought it was a whopper of a short, a very satirical and sophisticated take off on The Honeymooners. I was working for Bob McKimson [director of the Honey-Mouser shorts] on another show, and told him it turned out to be a heck of a good film. But he said, ‘Before we were able to release it we received a call from Jackie Gleason.’ I don’t know whether litigation was intended or not, but Jackie Gleason insisted that he see the film before it was released. Bob said Warner Bros. sent him [Gleason] a print, and Jackie Gleason was utterly delighted. He said, ‘Go ahead, they’ll be no problem on my part!’” 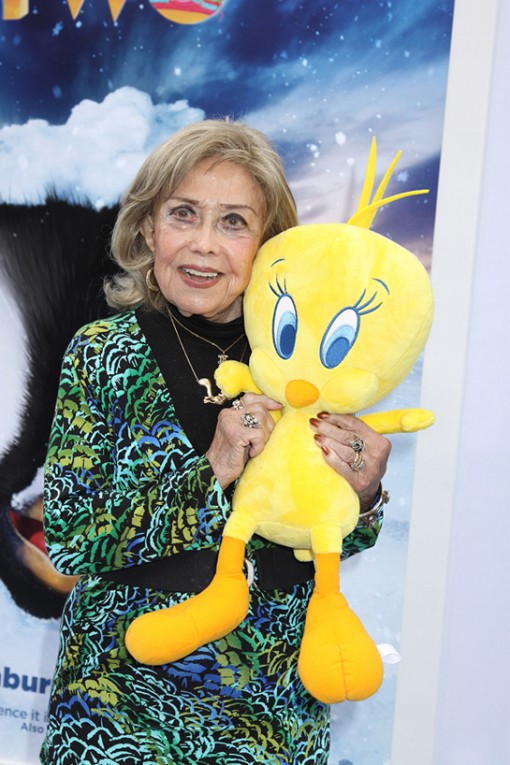 June Foray attends the screening of her latest short, the Oscar short-listed
Warner Bros. toon, I Tawt I Taw a Putty Tat.

June returned as Alice in 1957’s Cheese It, the Cat! but for some reason did not reprise the role in 1960’s Mice Follies. Even for the cartoons in which she did appear, though, neither she nor Butler received credit. Mel Blanc’s contract with Warner Bros. gave him exclusive voice credit rights, and since Blanc didn’t voice any of the lead characters (though for the record, he did provide the spoken punch line for the Crumden’s feline nemesis at the end of Cheese It, the Cat!), there were no voice characterization credits at all for the shorts.

But we know who deserves the credit.