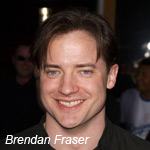 What exactly is “animation acting” these days?

As the industry continues to evolve in the digital age, so does the definition of what constitutes animation and what does not. Once, acting for animation meant providing the voice for a cartoon character, and in a few cases, miming for the rotoscope. Now we have mo-cap, and with it an entire breed of actors who specialize in balls-on performing. There’s one more modern specialty to animation acting, and this one is perhaps the most unsung of all: having to perform onscreen with traditionally or digitally animated figures, essentially reacting and relating to characters that the actor won’t even see until the preview.

For the last couple decades, the king of this style of performing has been the fine (and often underrated) actor, and cool dude, Brendan Fraser. Fraser has shared the screen with a CG elephant in George of the Jungle; a digital title character in The Mummy and all its sequels; a stop-motion toy in Monkeybone; the entire Termite Terrace crowd in Looney Tunes: Back in Action; and a host of digitally-animated critters in Furry Vengeance. It should therefore come as no surprise that Fraser seeks these kinds of projects out. “If there’s no one there [in the shot], call me,” he happily told me in 2001. “I’ll do my half, you do yours.”

Since Fraser was in practically from the beginning of digital character integration into live action, he was able to chart the advancements that had occurred in the technique:

“When I did George of the Jungle [released in 1997], they had to create an elephant that behaved like a hyperkinetic Labrador. It was George’s dog, his pet. The [live action] elephant was Tai the Elephant, a very famous actor. Tai had a bigger trailer than I did. But Tai had little tiny orange marks, like suction cup markers, that were placed on his trunk and legs and shoulders to allow for the digital image to be scanned off. The shot was mapped out meticulously in advance which meant there was very, very little margin for improvisation or error, or anything outside of the specificity that they had allowed for, from a possibility standpoint. I learned that when I started improvising, petting his trunk, and everybody cringed and went: ‘No, no, no, not there! That will cost another $80,000!’ But now [2001] there’s absolute freedom in a lot of it.” 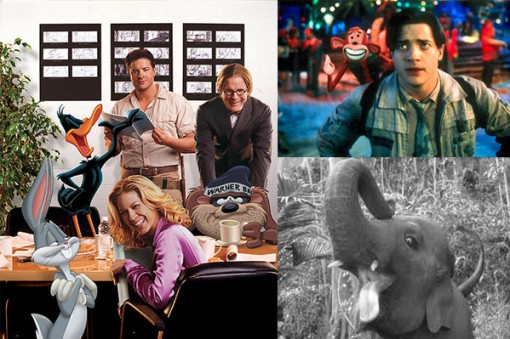 (Left) Fraser, along with Bugs Bunny, Daffy Duck, Taz, (whom Fraser also voiced), Jenna Elfman and Steve Martin from Looney Tunes: Back in Action, (Top Right) Fraser with his stop motion costar in Monkeybone, (Bottom Right) Tai the Elephant in a digitally-enhanced closeup from George of the Jungle

In the ten years since I chatted with him, the technology bar has been raised roughly to the level of the Van Allen Belt. But the approach of the actor, as Fraser related to me, has not much changed:

“It requires a good sense of imagination and a physical capability for playing things with gravity, holding objects in your hand that don’t exist. You need to exhibit the sort of behavior that would have gotten most people sent out of the classroom in grade school.”

Incidentally, Tai the Elephant’s A-list star rating also continues, with plum roles in this year’s Water For the Elephants and Zookeeper.