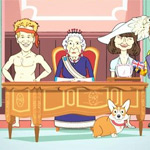 A new animated series inspired by the parody royal twitter account will launch on Yahoo U.K. on November 15. The six-part web series will be called Yes Ma’am and will follow the daily trials and tribulations of Queen Elizabeth at Buckingham Palace. The snarky series is based on the faux twitter.com/Queen_UK feed. The identity of the show and twitter account creator is still a secret.

Yes Ma’am is set to debut on Yahoo’s U.K. video comedy page on Nov. 15 and new episodes will go live on Fridays at 5 p.m., London Time — or, “Gin O’Clock” as the “Queen” calls it. A Christmas special is also in the works for a Dec. 25 premiere, the same day as Queen’s customary Christmas speech.

Dan Watt-Smith, head of video at Yahoo told The Hollywood Reporter, “Usually we see characters from TV shows beating a path to Twitter, but we’re trying an alternative approach, creating an online video series for the Queen’s dedicated followers and subjects. Each episode will not only give us a topical angle to promote, but will have long-term appeal, much like her Majesty.”

Among the series amusing storylines: “Prince William is Left Holding the Baby,” “A Day at the Races,” “Prince Harry’s Search and Rescue Mission” and “Her Majesty’s Christmas Message.” 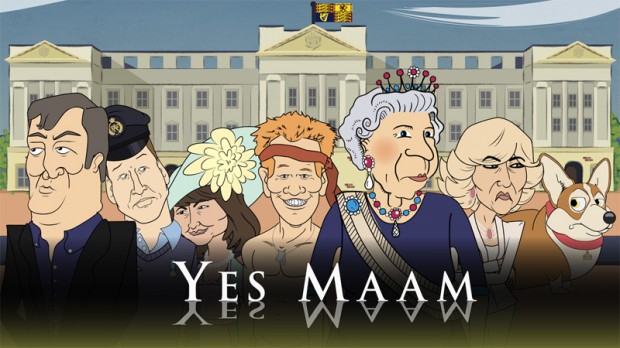