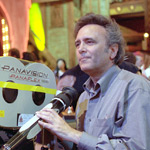 I’ve written before about the special challenges for an actor who has to work alongside nothing, which will at some point be replaced by a special effect or animated character. Some actors take to it like the proverbial duck to water, such as Brendan Fraser and Clint Eastwood (well, he was assuming there would be an animated character put in that empty chair later, wasn’t he?). But for others, particularly actors used to working in their own special way, there are challenges.

Ten years ago I spoke with director Joe Dante, who was then finishing up Looney Tunes: Back in Action–what would be the last feature film for Bugs Bunny and the Termite Terrace Crowd, and also the last major attempt at melding hand-drawn traditional animation (directed by Eric Goldberg) into a live-action feature. Brendan Fraser was the star of that, and Joe told me that he really didn’t worry about him since Fraser had acted opposite virtual costars many times before. “With Steve Martin and Jenna Elfman, and some of the other actors, it became more of a precision thing,” Joe said, adding:

“And precision and comedy are not usually two words that are used together, because hitting marks and looking at particular places does tend to play hob with your timing, especially if you want to be able to be at all improvisatory, which we were for a lot of the movie. But during production we had two puppeteers who had stuffed versions of Bugs and Daffy––we call them ‘stuffies’––and we would run through the scenes with them for the camera. The puppeteers, Dave Barclay and Bruce Lanoil, are actually comedians as well, so they were able to ad lib answers to ad libs. Having them on the set for all the rough cuts allowed us to choose what the lines were going to be, to rewrite the lines, and then go to Joe [Alaskey, who did the key Mel Blanc voices] and have him do the correct voices.” 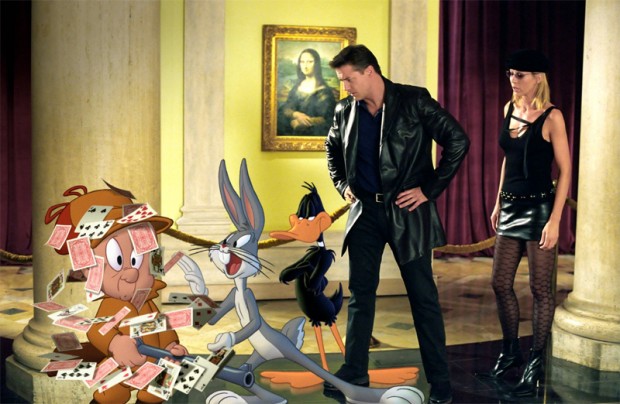 Looney Tunes: Back in Action

Of course, wherever there’s Bugs, there’s one line that is sacrosanct, which is why I was shocked to hear from Joe that it almost wasn’t:

“You can’t have Bugs not say ‘What’s up, Doc?’ Although there were some people on the film who suggested maybe he should not say that any more. The actual quote was, ‘Does he have to say that?’ Of course, it no longer has the meaning it had when it was new, now it’s just a catchphrase. On the other hand, what you don’t want to do with Bugs, and it’s almost impossible not to in this kind of setting, is to turn him into Groucho, where Chico and Harpo do the slapstick funny stuff while Groucho stands to the side and flicks his cigar and makes sarcastic remarks about what’s going on.”

Looney Tunes: Back in Action was intended by Warner to be a big tentpole blockbuster that would spawn sequels like a shad spawns roe. That didn’t quite happen; despite good reviews, the film tanked. But at least Bugs got to say, “What’s up, Doc?” 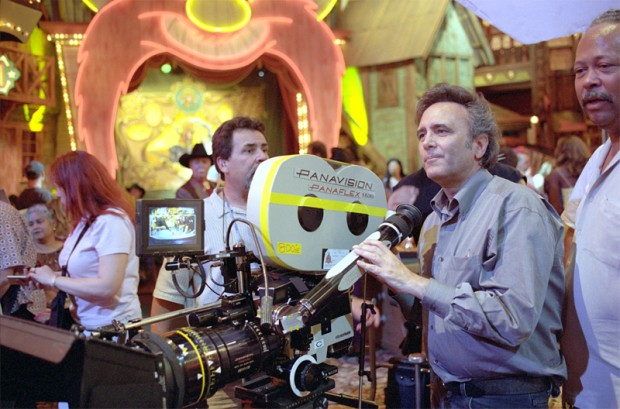