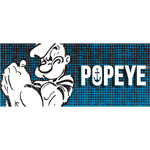 Leading digital kids’ network and studio WildBrain has been recruited by King Features Syndicate (a division of Hearst) to manage and produce original content starring E.C. Segar’s iconic cartoon character Popeye on YouTube. The deal will see the first new, original adventures for the spinach-chompin’ sailor in 10 years, building a foundation for a full reimagination of the brand tied to its 90th anniversary in 2019. The announcement was made at Licensing Expo in Las Vegas.

WildBrain will work closely with King Features to boost existing programming on the channel while creating new cartoony content. WildBrain has assumed worldwide management of the Popeye and Friends Official YouTube channel to grow the character’s global audience across the platform. The studio will start by producing new compilations of favorites, including Classic Popeye, Popeye and Son, and The Continuing Adventures of Popeye.

“Popeye is a truly iconic character with fans that span generations. We are looking forward to expanding Popeye’s presence on YouTube with WildBrain as our partner and reaching new audiences in the process,” said C.J. Kettler, President, King Features. “WildBrain has the secret sauce that will help Popeye connect with his audience of millions around the world while growing his fan base exponentially through fresh new animation as we head into his anniversary year.”

“Such an iconic brand as Popeye is a wonderful addition to the WildBrain network,” said Jo Parkinson, Head of Operations at WildBrain. “WildBrain is delighted to build on King Entertainment’s global brand program for Popeye, using our expertise in developing, launching and managing digital content and channels on YouTube, which is an ideal platform for connecting with today’s fans and growing brands worldwide.”

The WildBrain collaboration comes on the heels of Popeye’s redesigned and buffed-up brand logo, a fresh, interactive website, and new YouTube channel, which has amped up Popeye’s social media profile with over 3.2 million minutes of content viewed in the last month alone. King Features also recently announced more than a dozen new merchandising partners from around the globe on board to elevate the salty sailor at retail ahead of his 90th anniversary in 2019.