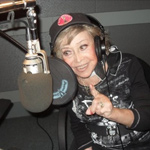 Halloween season seems to be the perfect time to bring up one a cartoon character who had one of the most remarkable careers of any animated figure in toon history: Witch Hazel.

Live actor actors and actresses can, of course, travel from studio to studio or, in the old days, fulfill an exclusive contract with one studio and then move on to another. Cartoon characters, however, stuck much closer to home. Except for unique projects such as 1988’s Who Framed Roger Rabbit?, there really were not any instances of animated loan-outs between studios.

And then there is Witch Hazel.

As voiced by the one-and-only June Foray, Hazel first appeared in Disney’s 1952 Donald Duck cartoon Trick or Treat, and later showed up in a couple comic books stories. Shortly after that cartoon was released, Hazel’s option was picked up by Warner Bros. for the Bugs Bunny short, Bewitched Bunny in 1954, but without June. For that one short, the character was voiced by Bea Benaderet, who had provided voices for Looney Tunes and Merrie Melodies since the 1940s. June took over the character starting with 1956’s Broomstick Bunny, and went on to play her in A Witch’s Tangled Hare (1959) and A Haunting We Will Go (1966), and, more recently, in such television shows as Sylvester and Tweety Mysteries and Pinky & the Brain.

Way back in 1989, June told me that the role proved to be an important one to her career since it provided her an entrée into the Warner Bros. animation studio! “Chuck Jones loved the Witch Hazel character,” she said, adding:

“My agent called me and said, ‘You’ve never worked at Warner Bros. before.’ And I was just getting my feet wet (in animation), I really didn’t know too much about Bugs Bunny, or all that had gone on before. So in 1954, Chuck called my agent and said, ‘I’d like to hire June Foray,’ and I did Witch Hazel over there, you know, with the hairpins flying, and who had a pet tarantula named Paul. He named her ‘Witch Hazel’ too, and Disney of course was unable to sue because Witch Hazel had been copyrighted by some alcohol company. They couldn’t do anything about it. Chuck Jones fell in love with Witch Hazel.”

Remarkably, there was still more to Hazel’s animated career than her time at Warner. A month before Broomstick Bunny hit theatres, Hazel — or at least a close relation — also appeared in the MGM Tom and Jerry short The Flying Sorceress! This witch was a bit more angular and realistically human than either of the other two Hazels, but the voice was unmistakable. In addition to Witch Hazel (whose most recent credit appears to be 2003’s Looney Tunes: Stranger than Fiction), June has voice fellow sorceresses Witch Lezah (spell it backwards) for Warner and Magica de Spell for Disney. A 1958 Paramount cartoon featuring Casper the Friendly Ghost has a namesake “Witch Hazel,” though this one is presented as little girl.

Since Witch Hazel has become an enduring symbol of Halloween, at least animated Halloween, wouldn’t it be great if she could score a cameo in an upcoming The Simpsons Treehouse of Horror episode, just for completeness sake? 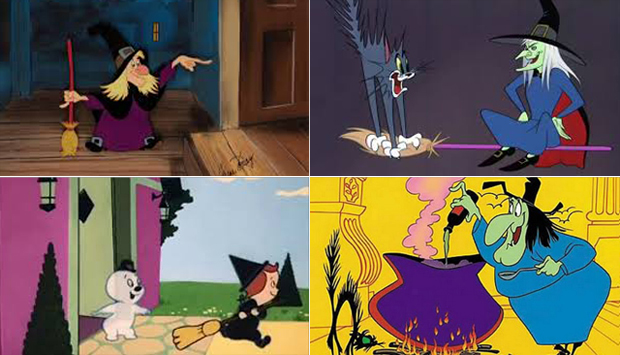