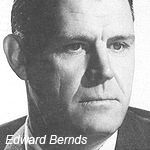 While the late Edward Bernds (1905-2000) was not a toiler in the toon trenches himself, he was on the periphery of the television cartoon industry in the 1960s. Chiefly known as a writer and director for the Three Stooges, Bernds guided the last incarnation of the trio—Larry Fine, Moe Howard and Joe DeRita—through the wrap-around segments for The New 3 Stooges cartoon show in 1965. A few years prior to that he had directed the feature film The Three Stooges in Orbit, which concerns the Stooges’ attempt to market a live-action cartoon system. That method of making live footage appear to be animation really existed: it was called “Cinemagic,” and it was developed by comic book artist Norman Maurer—Moe’s son-in-law—who first used it in the 1959 low-budget sci-fi film The Angry Red Planet.

The release of the feature film The Three Stooges from the Farrelly brothers’ (whose live-action sequences iceberged Osmosis Jones) got me thinking about Ed Bernds, who I had the pleasure of interviewing back in 1998. Working with the world’s best known live-action toons was “not what people would think,” Ed told me:

“Moe off-screen was the same as he was on-screen: autocratic. He bossed the other two. I had the highest regard for Moe, but it was not what you think. When I started directing, Curly had had a small stroke, so he had to treat curly almost like a child in rehearsing with him. Moe kept Larry in line, too, because Larry tended to be a little flaky. Very often, when we were ready for a scene, we’d have to go send for him. Larry had a radio stashed in the back of the set somewhere, listening to the baseball game. He bet on everything: baseball, football, and particularly horses.” 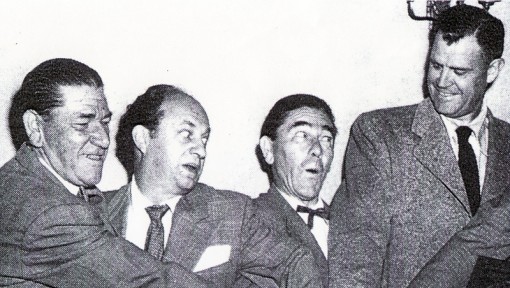 In regards to working with them at the end of their careers, around the time of the New Three Stooges series, Ed recalled:

“The spirit was the same, but the bodies were not. Toward the end I always reminded myself not to push them too hard. Moe seemed to be in good condition, and I didn’t worry too much about Larry, but as they got older they were vulnerable to heart attacks, particularly Curly Joe [DeRita]. If Curly Joe had to run up a flight of stairs, I did it with the magic of film editing.” 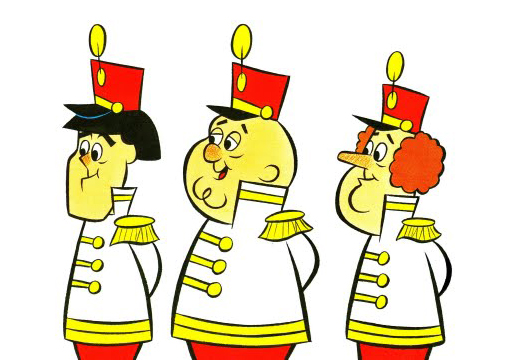 The last time I talked to Ed was just after the 2000 TV movie The Three Stooges aired. I wanted to gauge his reaction of it, but he had not seen it. He had been in the hospital and he told me they had sent him home…the last two words remaining unspoken. He died three weeks later.

In an earlier chat, I was able to ask Ed if he was surprised that the Stooges had remained so popular. “Yes,” he stated, adding:

“When we made ‘em, we thought they’d have a run and never be heard from again, like most B-pictures. To this day I don’t know what made them live that way, but Stooge fans love ‘em all, for which I’m grateful. It’s nice to be remembered for something.”