Baboon Animation teammate John Fountain is a veteran storyteller. As supervising director and storyboard supervisor on such hits as The Fairly OddParents, John has brought countless silly stories to the screen. We talked about what visually-minded storytelling can bring to a show.

Ask a Baboon: Once you’re given a script, how can pictures be used to tell a better story?

John Fountain: It’s important to look at the story as a single tale with several peaks and valleys in it along the way. I like to really soak in the script like sitting in a hot tub for too long, and then when I’m good and wrinkly, that’s when I’m ready to draw.

On a board-driven show, the board creates the story to a large extent. Often we start with a short paragraph of an idea and have to create a working beginning, middle and end. When you consider that animation is a visual storytelling medium, getting the drawings just right can make or break a joke. In an episode of Nickelodeon’s My Life as a Teenage Robot, Jenny once became jealous of another girl moving in on her best friend Brad. When she hears that the couple are going on a date, she cracks “That’s just super!” Getting that “fake-smile-that’s-trying-to-look-sincere” was tricky, but it came out and always gets a big laugh. In one line and one pose it relayed her entire motivation for the episode. 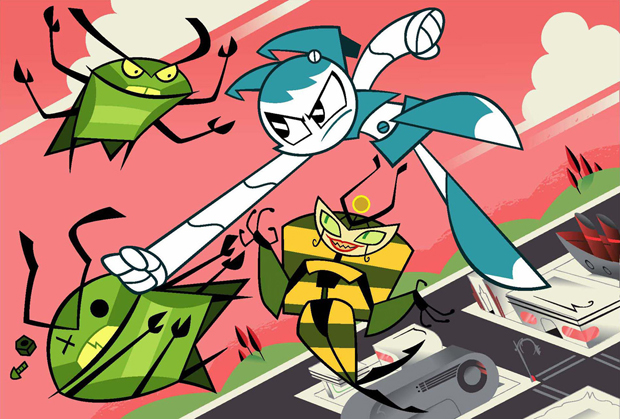 My Life as a Teenage Robot

Fairly OddParents was script-driven, and Teenage Robot board-driven. What did that mean in reality for those shows?

On FOP we were given a complete script, but were expected to punch up the comedy throughout. Then we’d pitch the board to the whole crew. I loved it because I’m a big ham. It’s a golden opportunity to “sell” your gags. If they laughed, it worked–if they didn’t, it didn’t.

On Robot, storyboard artists were given an outline from a half a page to a page-and-a-half long, so we really had to flesh out the stories, create a cohesive flow, dialogue, motivation, tension and–of course–gags. On one episode, “Robot Riot” (a personal favorite), the end called for a swarming army of robots to appear and an epic battle ensues… I knew that drawing a million robots fighting would make my fingers shrivel up like beef jerky, so I changed it from a million little robots to one giant robot and as a result, it wound up being much more visually interesting to see tiny Jenny fighting a huge foe. 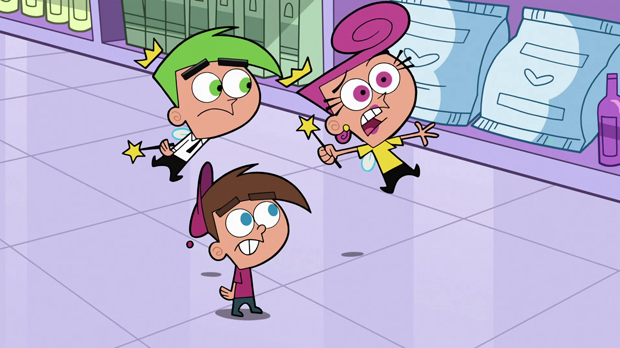 Is one way better than another for making a great cartoon?

Absolutely not. It’s “The Right Tool for the Right Job.” Very recently, I storyboarded and directed a project for one of the big new digital networks, and they gave me tremendous creative freedom and so the work turned out spectacularly. I was free to get inside the heads of the characters and jump around like a maniac. I believe this is the future of the medium… digital networks seem much more keen on letting creative people take risks–and that’s how I work best. I can build a perfectly nice sandcastle in a sandbox, but put me on the beach and watch out!

In animated features, even though there’s a script, the storyboard department is truly a story department, shaping every aspect of the story. On a script-driven series, how much can the board department add to the storytelling?

Depends on the show. In all cases I’m a big stickler for clarity. If the board artist composes shots in a confusing way, you could be working off of a stellar script but the audience will find themselves taken out of the moment. That’s why close collaboration with the writers makes the strongest stories. 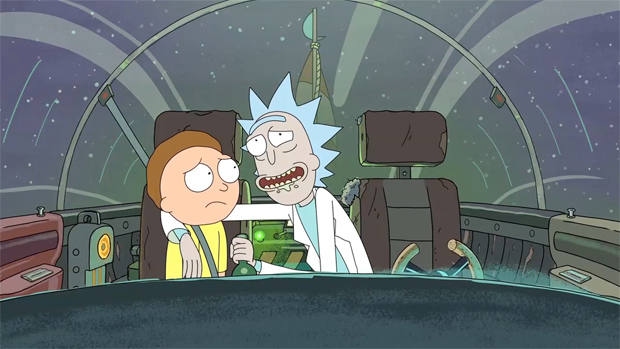 What else is new with you?

Adult Swim has a new show called Rick and Morty on which I boarded half of the pilot… I’m really proud of it. I just finished boarding a pilot for a new Cartoon Network show that we all have high hopes for.

I’ve also been doing a lot of boarding and directing for a number of overseas productions, including with Cartoon Network South America and Cartoon Network in Hong Kong. The HK project is called Toonix, and I don’t believe it’s available in the U.S. yet but my fingers are crossed that it will be soon. It was my first CGI project– I had a blast on it. 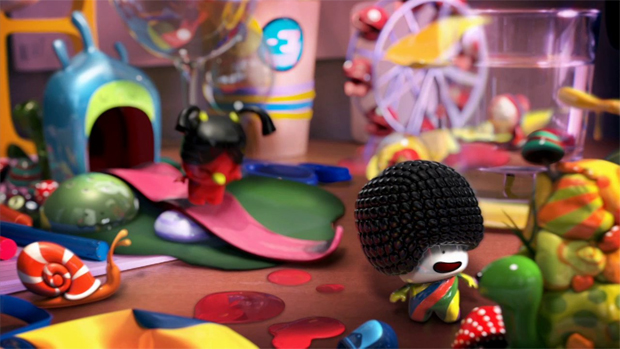 Mike de Seve is creative director of Baboon Animation, a group of multi-Emmy-winning, Oscar-nominated writers and directors based in New York. You can write him at mike@baboonanimation.com.