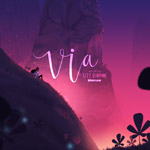 Award-winning London-based studio Blue Zoo Animation released a poignant new short film which takes viewers to visit a series of stunning, painterly landscapes serving as vista points along a life’s journey. Directed by concept artist Izzy Burton, who also created the gorgeous environment designs, Via takes inspiration from a poem by Rachel Cladingbowl to tell a story that follows the physical and metaphorical progress of one man’s life.

“For me, it is a poem about the complexities of the human journey; a path both rocky and smooth with unforeseen obstacles to overcome. Indeed, some obstacles can seem so huge that we think we will never cope at all, yet somehow we can still come out the other side, smiling again,” said Cladingbowl.

The filmmakers used the short as an experiment in animated storytelling. The characters’ faces are never seen, but they communicate feeling and emotion through movement and posing alone. “Via” meaning “way” or “road” in Latin, and connoting “by way of” in modern language, the story is about appreciating all of life’s moments, good and bad, with the “bigger picture” represented by the vast and beautiful environments the characters move through. These settings were inspired by Burton’s time spent in America, and her love of nature.

“When I feel overwhelmed with life, the world around me provides some type of healing; I love to go stand by the river in London or at the end of my garden at my family home and take in how beautiful the world is and how lucky I am to be a part of it, and it truly makes me so happy,” said Burton.

The visual storytelling is further enriched by the use of symbolism and color. A ball is passed from scene to scene, ending up with the man’s son. The time of day changes as the film goes on. When the couple are alone, the scene is deserted to keep the focus on their relationship. Sepia tones creep in as memories seem to fade, and the world brightens when the son is on screen.

“My work has always been described as whimsical and poetic, and I think that’s why I ended up finding a poem to narrate the story. I wanted my love for environment painting to assist the story, and see how we could tell an emotional tale using such small characters with no facial expressions,” Burton added. “It was a great challenge and I hope we’ve managed to make a film that evokes some emotion in the viewer!”

Burton has worked as a concept artist at Blue Zoo Animation since 2015, when she graduated from Bournemouth University. Her mostly nature- and landscape-focused work is inspired by growing up in the English countryside.

The studio was founded in 2000 by Adam Shaw, Tom Box and Oli Hyatt. Learn more at blue-zoo.co.uk.

VIA from Blue Zoo on Vimeo. 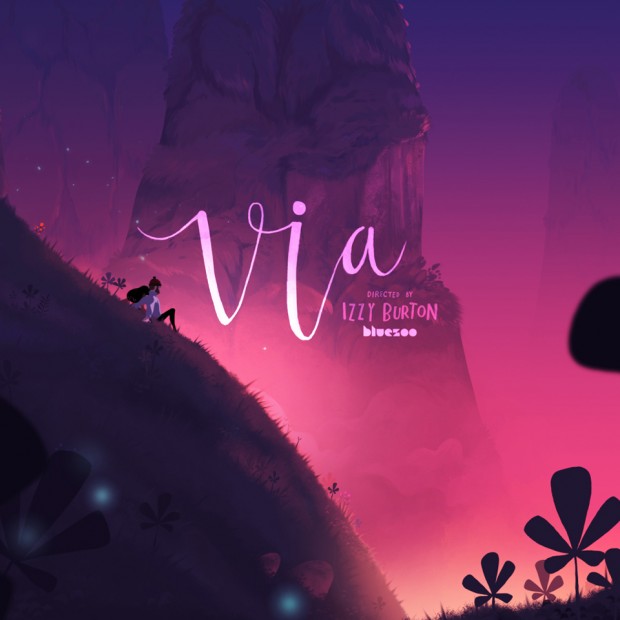