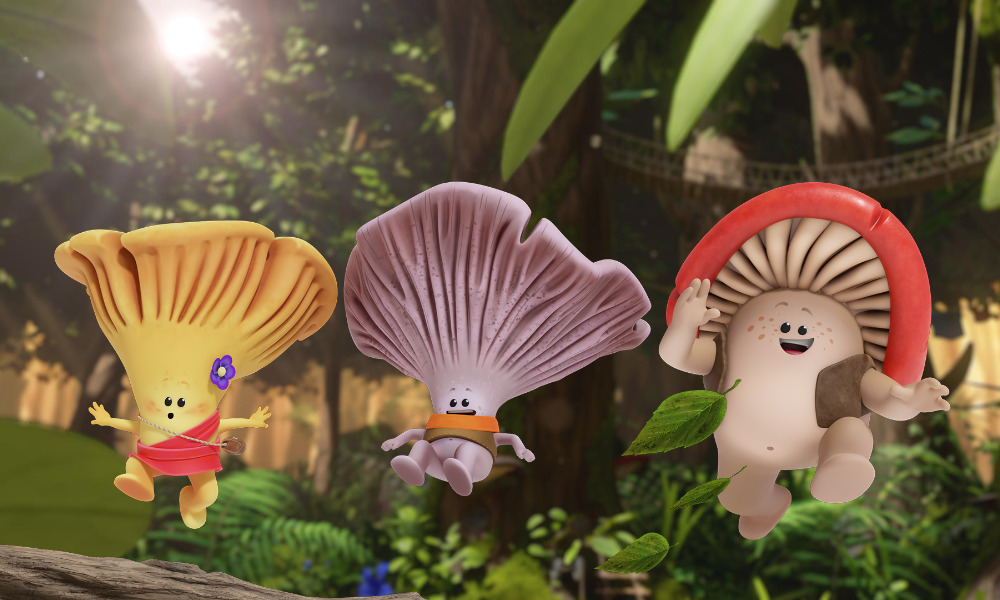 50 new episodes, including two specials, are now in production and will air on HBO Max and Cartoonito in EMEA.

Warner Bros. Discovery joins Canal+ (France), VRT-Ketnet, RTBF (Belgium) and RTS (Switzerland), who have already confirmed their commitment to the second season. Season 1 of Mush-Mush & the Mushables has successfully launched in over 150 territories to date, most recently in the U.S. on preschool block Cartoonito on HBO Max and Cartoon Network.

Mush-Mush & the Mushables follows the endearing Mushable community as they embark on a journey to put the fun back into fun-gi! Teeming with activity, it’s always an adventure in Mushworld as each Mushable gets to know their talents, and their limits. As pocket-size guardians of the forest, growing up isn’t always easy, but together each day shines just as bright as the one before. Mush-Mush & the Mushables is a fun journey full of discovery, exciting outdoor adventure, and mush mush more!

Created by Elfriede de Rooster, the multi-award-winning series is produced by Perrine Gauthier, directed by Joeri Christiaen (My Knight and Me) and produced by La Cabane and Thuristar in coproduction with CAKE, who is distributing the series worldwide. Copyrights Group, brand owner and licensing agent for Paddington, are acting as the global licensing agent.

“We are excited to be partnering with Warner Bros. Discovery once again and are looking forward to introducing a brand new season of fun forest adventures to young audiences all over the world!” said Ed Galton, CEO at CAKE.

Perrine Gauthier, Founder &  Producer at La Cabane and Thuristar, said,
“Warner Bros. Discovery has been a key partner for Mush-Mush from the start, and we are thrilled to continue building this beautiful IP with them, with this second season.”