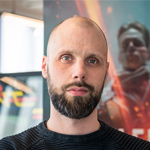 Swedish game developer Cortopia has followed up the successful release of its award-winning title Wands by raising $2.48 million (21M SEK) together with strategic partner Init Invest in a recent financing round that got a great response from several investors. This monetary injection will go to evolving Wands into a major competitive VR game, while also introducing new and different game experiences to complement Cortopia’s already successful portfolio.

Cortopia was founded in 2016 and launched Wands in August of that year as one of the world’s first VR games offering PC quality on a mobile VR platform. This glowing first effort received the Best VR Game award from the International Mobile Gaming Awards at GDC.

The studio is one of few with a steady organic income built on relationships with major platform partners like Oculus, Google, Samsung and Pico. Wands has topped sales charts several times in app stores and is a recurring No. 1 game for Samsung Gear VR.

“It has been a strategic and very intentional effort on our part to build great relationships with our platform partners. In addition to making great games, we want to make sure that we are a partner who sticks to the deadlines and makes use of the new VR technologies offered by the different platforms,” says Cortopia’s new CEO Andreas Skoglund, who joined the company earlier in 2017 after previously having worked at DICE and Electronic Arts as a producer on the Battlefield and Battlefront franchises.

“I am very excited about what AR will do, both in terms of how we consume entertainment and how we live our lives,” Skoglund continues: “This new technology will introduce a whole new way of how we behave in everyday interactions and one of the major milestones we need to hit is understanding how games will look and work in this media 5 and 10 years from now.”

Cortopia is focusing on finding top talent to help drive its innovation in VR and AR; open jobs can be found at http://cortopia.com/careers.