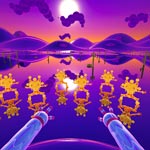 Viacom NEXT — the emerging tech group at Viacom — has officially launched the beautifully bizarre, award-winning virtual reality music video experience Chocolate for Oculus Rift and HTC Vive. Created by Gentle Manhands, the VR studio founded by director Tyler Hurd (Old Friend, BUTTS) and set to the song by Giraffage, Chocolate is available at a launch discount for $1.99 on Steam and Rift — it will sell for $2.99 starting Aug. 24. The release was celebrated by a larger-than-life display in New York’s Times Square.

Chocolate brings to life an eye-popping, candy-colored world brimming with cats, champagne and electronic aural bliss. The experience casts the viewer as a robot god shooting adorable chrome cats from robot hands while dancing to the beat, bestowing upon a grateful tribe of people their precious kitties, like manna from heaven.

“In Chocolate, the world you’re in is the music. The hope is that folks will lose themselves in that world and revert back to childlike feelings of giddiness and joy from all the sparkly colorful bits. And also get that feeling one gets from admiring cute ‘lil kitties as they come out of your robot hands,” said Hurd.

The project was part of the official selection at this year’s Sundance, SXSW, Chromatic and Future Film Festival. It won Best User Experience at the World VR Forum as well as the Artistic Achievement Award at the Unity Vision Summit. Chocolate is one of the first VR experiences to be part of the SUBPAC Optimized program for improved full-body immersiveness. 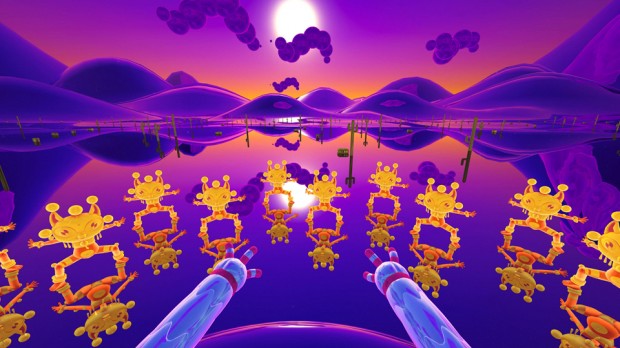 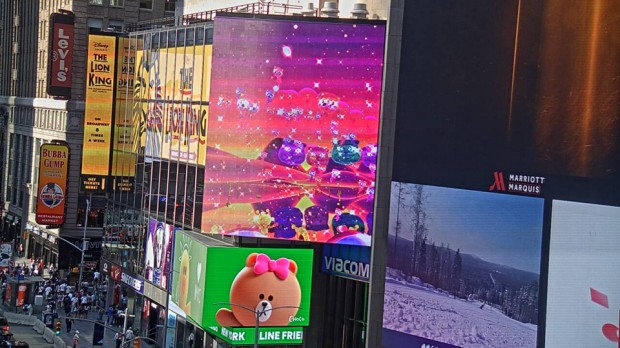