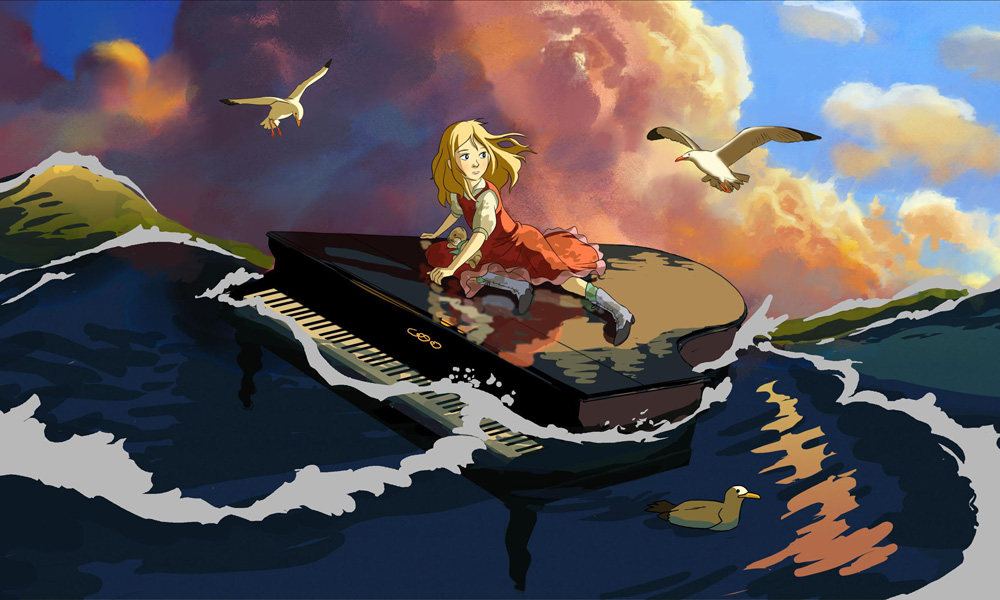 CAKE is teaming up with new kids’ content co. Ferly (previously Kaiken Ent., founded by former Rovia execs and Angry Birds co-creators) on a fresh 2D animated adventure series for kids 6-11, Kingdom of None (52 x 11’), with a planned 2021 launch. The show follows Meter, his friends James, Leo, Solo and little sister Milli, as they transform their everyday lives into wild adventures: Mowing the lawn turns into a heroic battle and algebra troubles quickly manifest into a mighty quest in this celebration of kids’ imaginations. Ferly is producing with Yellow Animation.

Tom van Waveren, CEO & Creative Director at CAKE, said, “We were instantly attracted to this energetic show which puts children’s play and fantasy at its heart. Furthermore, we love that Kingdom of None is based in everyday reality and shares a world that children will easily and lovingly identify with.”

Laura Nevanlinna, CEO of Ferly, said, “Kingdom of None truly captures the wonder of childhood and the power of imagination. We couldn’t be more thrilled to partner with CAKE and Yellow Animation to introduce Meter and his crew to the world.”

Ulla Junell, President, Yellow Animation, said: “We’re very excited to work on Kingdom of None, and look forward to making Meter’s imaginary world become a reality for a global audience.”

Mercis Media BV has tapped digital kids’ network/studio WildBrain to grow the YouTube presence of popular brand Miffy on a worldwide basis. WildBrain’s strategy for Dick Bruna’s adorable white bunny will include a relaunch of the Miffy English channel with a focus on the U.S. market; new channels in French, Spanish, Japanese, Korean and Brazilian Portuguese; and the optimization of existing Dutch, Italian, German and Russian channels. It will manage a library of more than 200 videos across these channels, many launching on YouTube for the first time.

Jon Gisby, Managing Director, WildBrain, said: “Miffy is a sensation around the world. For generations, her fans both young and old have celebrated Dick Bruna’s artistry through books, animated content and consumer products. We are thrilled that Mercis Media recognized WildBrain’s expertise at managing brands on YouTube and we look forward to working with them to help grow Miffy’s audience.”

Marja Kerkhof, Managing Director of Mercis, said: “We are very excited to become part of a strong platform that reaches global audiences on YouTube. We are dedicated to bringing the heritage of Dick Bruna into the lives of young children around the world. Teaming up with WildBrain is an excellent opportunity to further grow our Miffy fan base on YouTube and create more channels.”

Pipeline Studios and Toonbox Entertainment have formed a new joint venture, following a multi-year, co-development deal last year. The partners will work in close collaboration to develop and co-produce a slate of both original and IP-based content. Up first is Nut Jobs, a 2D series for Kids 6-11 based on the $120M film franchise The Nut Job — Emmy winning Nickelodeon veteran Grant Moran will spearhead development and serve as showrunner.

Hong Kim, CEO of Toonbox Entertainment, said: “After reviewing the possible strategic partners across the globe to help us create a successful series slate, we are excited to say that Pipeline Studios is a perfect fit with a long line of successful productions and a track record of producing award-winning animation with their state-of-the-art facilities. They possess the same values that we have as a family content producer. We’re honoured to work with them to expand both our brands.”

Luis Lopez, CEO of Pipeline Studios, added: “We’re thrilled to announce this partnership. We are bringing two world-class teams together to develop and produce a library of hit shows and movies that can be delivered on all platforms. This is an exciting new phase for our companies bringing mutually beneficial synergistic opportunities, both our companies will continue to enjoy sustainable growth as a result of this alliance.”

SPIRIT Animation Studios has hit a milestone for its unique healthy eating series KARL just in time for its sixth anniversary. One of the most successful toons available through WildBrain’s YouTube channel, the 104 x 2’ toon has skyrocketed to over 200 million views in under seven months. With season 3 in production, KARL is also performing well in the U.S., Latin America, France and China on platforms including Disney XD LatAm, Youku, Amazon Prime, Playkids, etc., available in English, Portuguese, Spanish and Chinese. The series is created and written by Fernando Macedo and produced by SPIRIT in Brazil, developed in consultation with kids’ nutritionists and health specialists.

Studio 100 Animation is teaming with Singapore-based Cosmos-Maya as a co-production partner for new 2D animated series for kids 6-9, Galactic Agency (52 x 13’). Gulli France is on board as the primary broadcaster. Created by young author Julie Chabrol, the series follows a team of extreme repair specialists: Dany the boss, K the energetic intern, and twins Apple and Zed. Aboard their ship Toaster, they are called out on crazy missions across the WashMash Galaxy — from a diva whale’s washing machine to King Cheddar XV’s robot teddy, something always needs fixing!

Katell France, executive producer of the series and Managing Director of Studio 100 Animation, said: “We are really thrilled to join powerful forces with Cosmos-Maya through this collaboration on our new original series, Galactic Agency. We’re confident that children will love this all-new adventure comedy with the Galactic Agency team and embark on their hilarious journeys through a crazy and inventive world.”

Anish Mehta, CEO Cosmos-Maya, said, “Cosmos-Maya is very proud to be associated with Studio 100. Galactic Agency has a very universal theme. Kids worldwide are fascinated with space travel and although the show originates in Europe, it will resonate very well with Asian sensibilities.”

Xilam Animation is adapting the multi-million copy bestseller Listen to the Moon — a WWI mystery by former British Children’s Laureate Sir Michael Morpurgo — into an epic animated family series title Lucy Lost (10 x 26’). Directed by Jean-Christophe Dessaint (The Day of the Crows), the series will be produced in full CGI with a final 2D rendering. The story is set at the beginning of WWI in the Isles of Scilly, where a fisherman and his teenage son find an injured, amnesiac 11-year-old girl who speaks just one word before withdrawing into silence: “Lucy.” The girl builds up her strength, but with the war on, curiosity soon turns to mistrust of this foundling — but Alfie remains dedicated to helping her.

Marc du Pontavice, CEO at Xilam Animation, said: “As one of the U.K.’s favorite storytellers with an award-winning library of bestselling children’s books which are loved all around the world, we feel very privileged to be adapting Michael Morpurgo’s extraordinary story about the power of hope and spiritual strength. Listen to the Moon’s atmospheric natural landscapes and enthralling characters lend themselves perfectly to an animated adaptation and we’re very much looking forward to seeing this mysterious and epic tale transformed into a new series for families to enjoy together.” 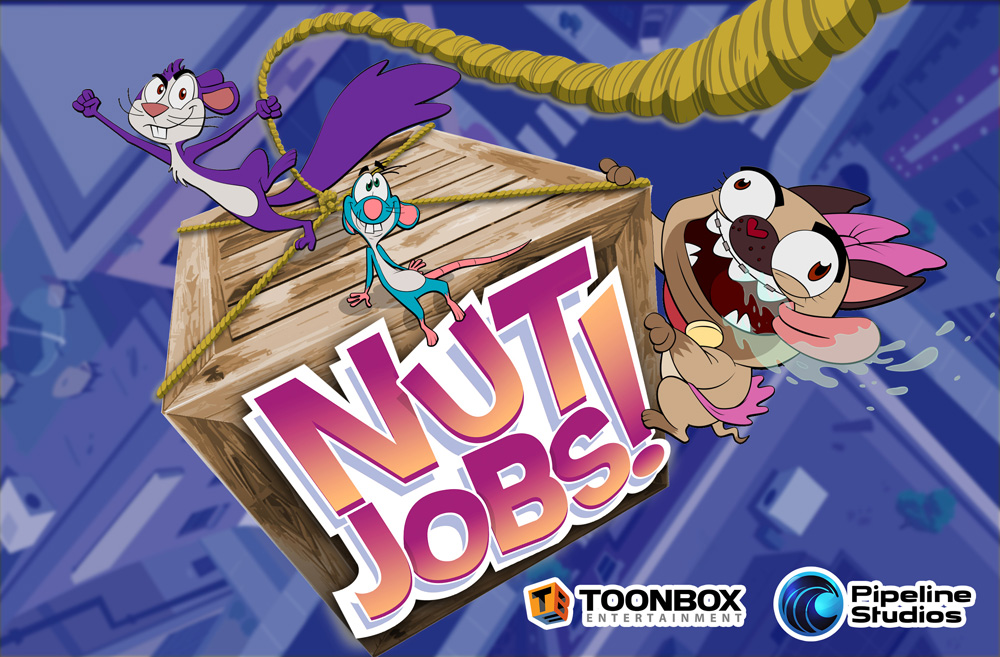 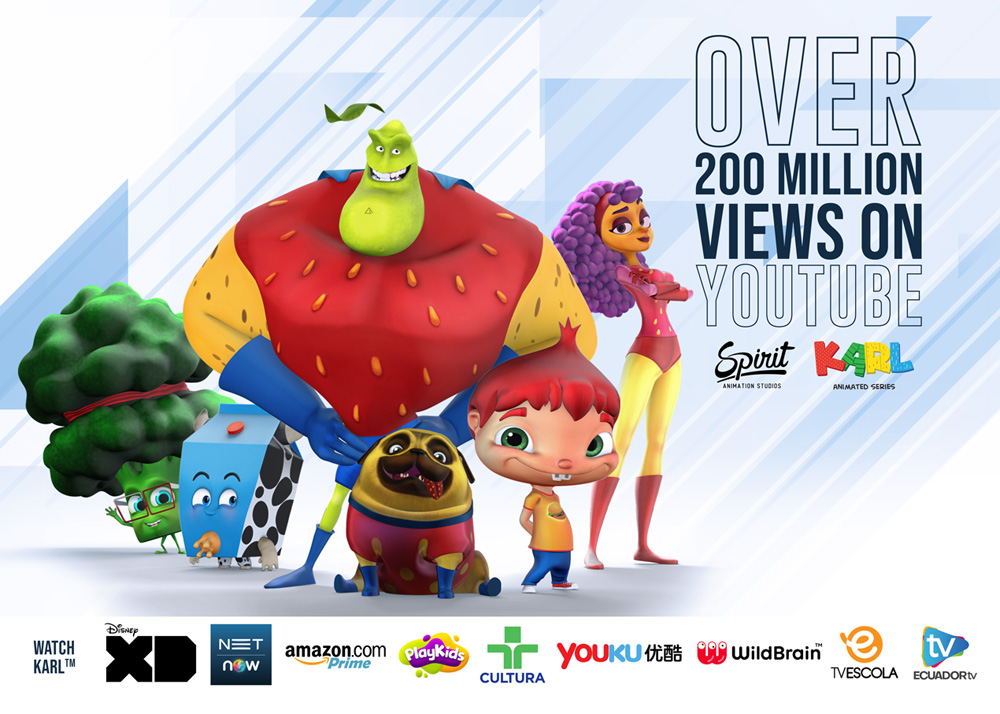 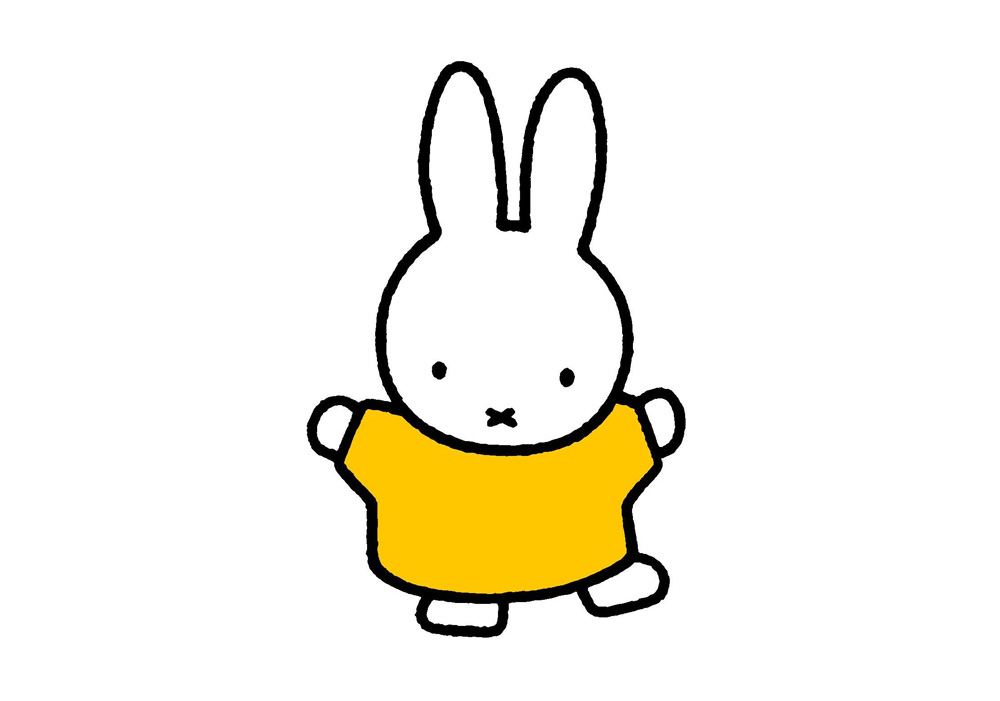 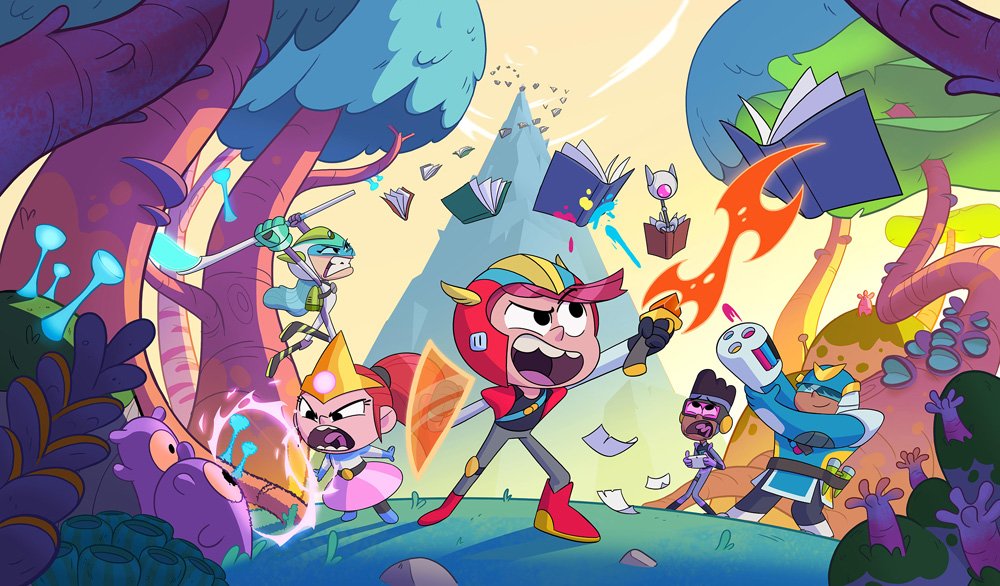 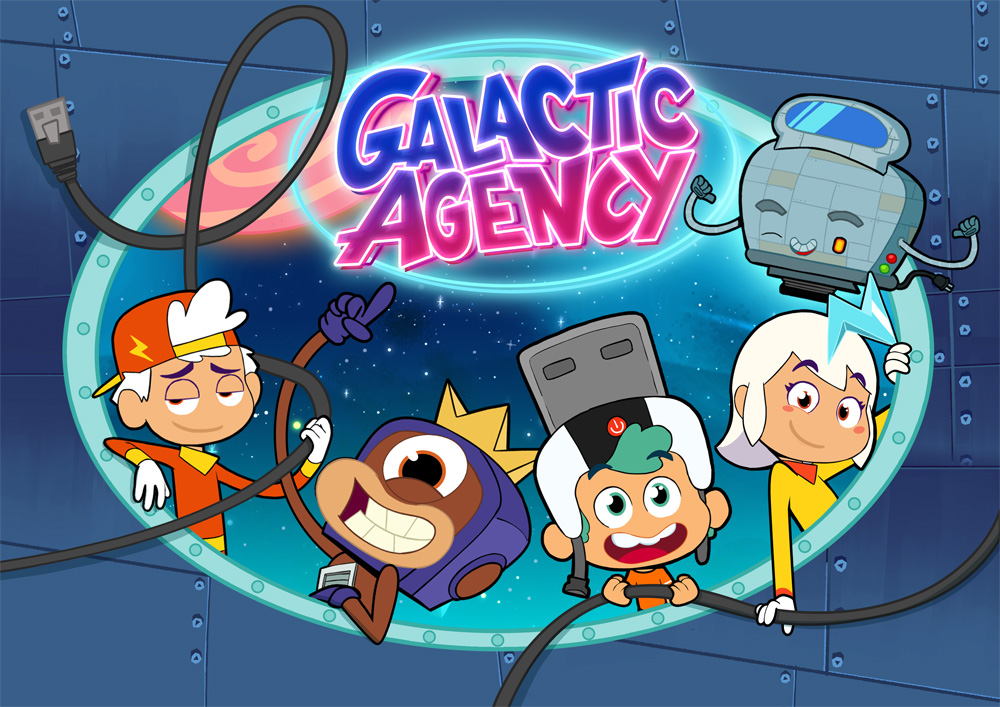