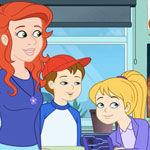 Hang on to your childhoods, ‘90s kids. Netflix has released the first trailer for its much anticipated revamp of Emmy-winning The Magic School Bus. Produced by 9 Story and Scholastic, the new Netflix Original Series The Magic School Bus Rides Again premieres exclusively on the streaming platform on September 29.

In the trailer, we get a first look at the slight makeover given the classic property — which includes a touch of de-frizzing for Ms. Frizzle and possibly an animated nose job — and meet the new teacher in town. A glimpse at the educational adventures that await is backed by Lin-Manuel Miranda’s re-recording of the iconic theme song.

Official synopsis: The kids are back at Walkerville School for another school year of astonishing, out-of-this-world field trips in this all-new reimagining of the iconic science-comedy-adventure series The Magic School Bus. But this year, there’s a new Frizzle (Kate McKinnon)! The younger sister of the famed Professor Frizzle (Lily Tomlin) has taken over the classroom! But worry not – the new Ms. Frizzle shares her sister’s zany ways and passion for science. Field trips this year are wilder than ever, into the clouds, across the internet, riding the continents – even a plunge into the depths of the Sun itself! And along the way, the kids we know and love bring their science investigations into the 21st century – still taking chances, making mistakes and getting messy! 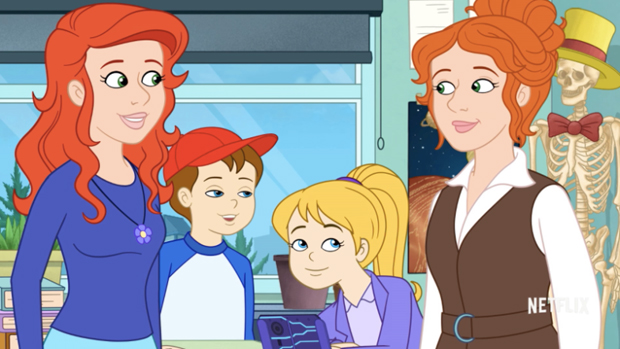