The Amazon Original Kids Special Lost in Oz: Extended Adventure is premiering on Prime Video in the US and UK on Friday, December 2, ahead the CG series debut in 2017. The animated action-adventure comedy was part of Amazon Studios’ 2015 summer pilot season, earning 4.9 out of 5 stars in customer ratings. This special includes the original pilot, plus 40 minutes’ worth of “extended adventure.”

Lost in Oz: Extended Adventure stars 12-year-old Dorothy Gale (voiced by Ashley Boettcher), who discovers her mother’s magical travel journal from Oz hidden beneath the floorboards of their Kansas home. The book triggers a tornado, sending the house — and Dorothy and her little dog, too — soaring to Oz. In this modern, magical metropolis, Dorothy learns that to get home she must collect every magical element in Oz, which is currently facing the worst magic crisis in eons. Dorothy and Toto find unlikely allies in West (Nika Futterman), a young street-smart witch grappling with dark magic temptations, and Ojo (Jorge Diaz), a half-Munchkin full of heart. Dorothy realizes the only way to get the magic she needs is to find Glinda, the elusive, most powerful witch in Oz.

Based on the books by L. Frank Baum, Lost in Oz is developed and executive produced by Abram Makowka, Darin Mark, Jared Mark and Mark Warshaw (East Los High). The pilot is currently available to stream via the Amazon Video app or online at amazon.com/originals. 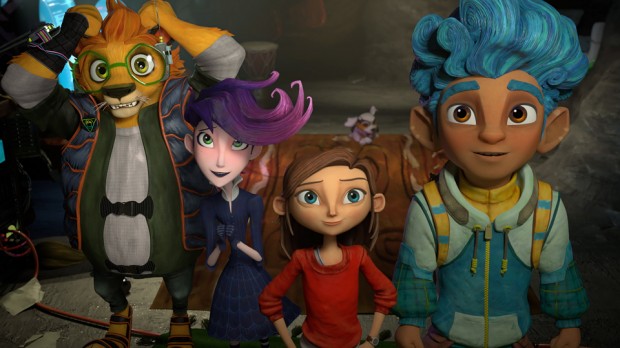