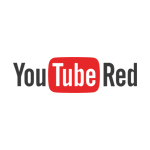 Prepare to dive into adventure as a Kings of Atlantis, a brand-new CG-animated series inspired by the world of Minecraft, debuts on YouTube and the YouTube Kids app on Friday, April 7, exclusively for YouTube Red subscribers. The 13-episode series features bird bros Cody and Joe of the popular YouTube channel TheAtlanticCraft.

Kings of Atlantis is an epic animated series that tells the story of two young monarchs of the vast underwater city of Atlantis, who seek to overthrow the brutal usurper of their kingdom, not only to reclaim their birthright, but also to protect their people from his cruel reign. The long-format series was developed by digital content studio Omnia Media in association with Austin-based animation house Mighty Coconut.