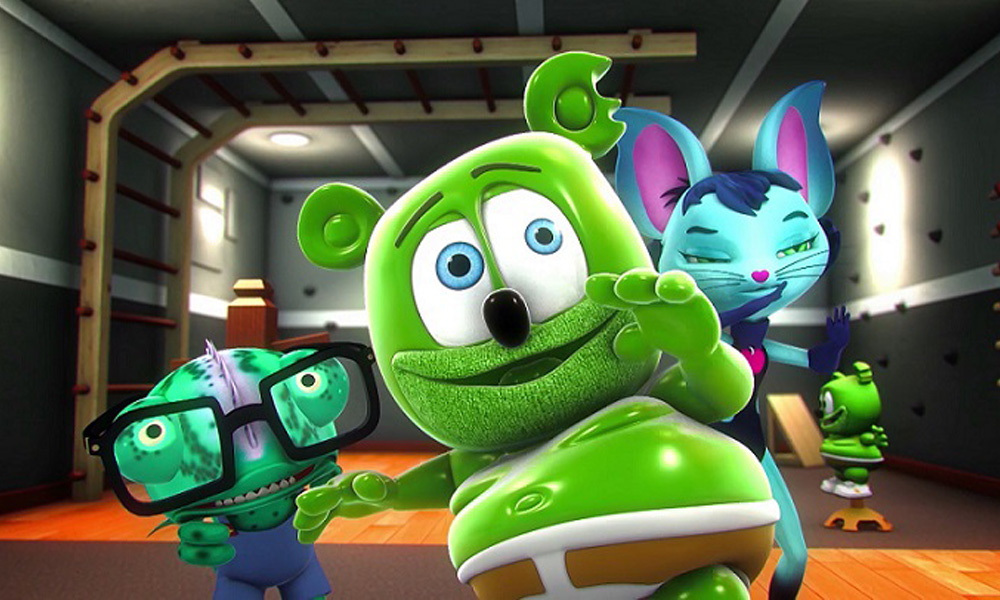 The Gummy Bear Show premiered on YouTube on June 24, 2016 with immediate success. “The Surprise Egg,” the most watched episode of season one, has generated more than 36 million views. Overall, the first season has received over 330 million total views on the Gummybear International YouTube Network – the Gummibär centric MCN. With over 12.6 billion total views and over 9 million subscribers, Gummibär is the most viewed animated character on the internet.

Gummibär and Friends: The Gummy Bear Show S2 (39 x 7′) continues the crazy adventures of the singing and dancing Gummibär, and his two best friends: Harry, the nervous, geeky and gadget-genius chameleon, and Kala, the feisty, intelligent gung-ho serval cat.

Gummybear International founder Jurgen Korduletsch said, “We are very excited for the debut of season two of The Gummy Bear Show. We know his fans have been eagerly awaiting new episodes, and we’ve been putting in lots of time and effort to provide them with the highest quality content we can.”

Toonz’s new non-dialogue, slapstick comedy series Boo Bah B (104 x 5′), follows the exploits of Bah, a self-centered Lion who believes he has the grace of a king, without a kingdom, sets himself on a mission to impress. However, a little happy-go-lucky rabbit called Boo, and his alien best-friend, B, are anything but impressed, and they do everything to stop the boisterous Lion in his tracks.

“YouTube is a very important partner for Toonz, and the season one success of The Gummy Bear Show has enabled us, along with Gummybear International, to produce this second season and proudly premiere it exclusively on YouTube and YouTube Kids, extending the Gummy Bear footprint even further around the globe. It has also helped us launch entertaining new family-engaging shows like Boo Bah B which have a strong universal appeal,” said Toonz Media Group CEO P. Jayakumar.