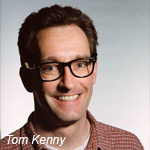 To say that voice actor supreme Tom Kenny is perhaps best known as SpongeBob SquarePants is like saying Daniel Radcliffe is perhaps best known as Harry Potter. But like Radcliffe, Tom has done a lot more in his career than the little yellow fellow who lives in a pineapple under the sea—so much so, in fact, that the only recent movie in which I feel confident in stating he is nowhere to be found is last year’s The Artist, which was silent.

Given this, it might surprise some to learn that Tom was not a performer-from-birth type. When I spoke with him in 2008, he said that he was never the class clown, but rather filled a supportive role:

If anyone reading this is unfamiliar with Mel Shavelson, that’s what Wikipedia is for. As for “performery,” well, you’re on your own.) This is not to say that Tom was not aware of, and fascinated by, the workings of animation from a very early age, as he told me: 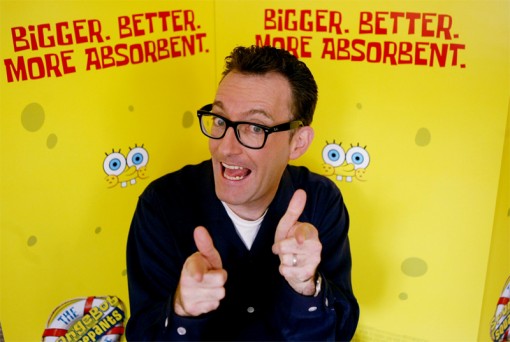 “I knew who the animators were and I knew who the voices were from reading the credits of the animated cartoons. I wanted to find out more about these things, and in those pre-Internet days, it was really hard to find those things out. This was the early seventies. Back then, you had to care a little bit extra to make note of who those people were; whoever this guy Mel Blanc is, he gets a credit at the top of every Warner Bros. cartoon. Daws Butler, Don Messick, June Foray, these were names that I was seeing as the credits whizzed by at the end of a cartoon. I was very aware of that as a career. If I had been a much, much better artist, I probably would have become an animator or something, but I wasn’t gifted in that area.”

Tom went on to describe one particularly illuminating discovery: 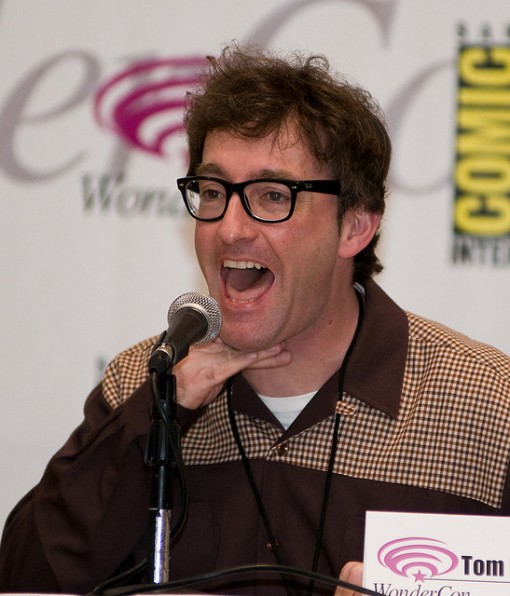 “In fifth grade, our teacher told us to do an article about a famous American, and it could be any famous American you want: George Washington, Benjamin Franklin, Thomas Edison, whoever we wanted. I said, ‘Any famous American?’ The teacher said, ‘Yes, any famous American.’ So everybody else came in with their Washingtons and James Madisons, and I did Chuck Jones. I had read a Time Magazine profile of him in the school library, and the slant of the article was, ‘You don’t know this guy, but he’s behind a lot of things.’ That was revelatory to me.”

Incidentally, I double checked my assertion that Tom was not in The Artist through the IMDB, just to make certain. His name doesn’t appear, but since his SpongeBob compatriot Bill Fagerbakke played a featured role in the film, he has iron-clad Bacon connection.

Don’t know what a “Bacon connection” is? It’s on the Internet.