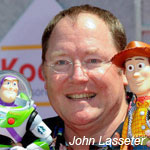 Tales From the Toon Trenches: From the Files of Michael Mallory

Editor’s Note: Author and journalist Michael Mallory has been covering the animation and visual effects scene for over two decades. Beginning today, he looks back at some of his earlier scoops and shares some of his “untold stories” with our readers in a weekly Animation Magazine Blog exclusive:

It’s the film that launched an entirely new direction for animation and put a then-unknown company named Pixar on the global map, but the Toy Story that you’ve seen (and probably own) is not the complete version that the filmmakers wanted. In particular, there is one conspicuous absence in the animated cast of the film, arguably the world’s most famous toy: Barbie. It wasn’t for lack of trying on Pixar’s part. In fact, they had Barbie’s scene already planned, but Mattel, which had given permission for other toys, refused to let Barbie participate. 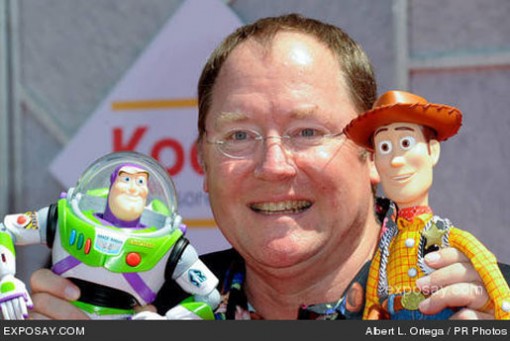 Way back in 1996, Pixar head John Lasseter—who is now also the chief creative guru for Walt Disney Animation—described to me what audiences would have seen, had Mattel been less protective of their star toy:

“Barbie was in one scene in the movie where Sid, the mean kid, has strapped a rocket to Buzz Lightyear and has taken him out in the backyard to blow him up.

Woody is trapped in the room by the mean dog, Scud, and he looks around for help. Sid’s crazy mutant toys are there and Woody asks them for help, and they huddle together and one of them heads off through an air vent. Then you hear this little noise, and the door opens really quickly, and in comes Barbie, driving her pink Corvette, in full prom dress, but her personality was that of Linda Hamilton in Terminator II. She grabs Woody and says, ‘Come with me if you want to live!’ and throws him into the car, and then drives off into the backyard.

“In the script it was hilarious, and we were all excited to do it, but Mattel came back and said no. The reason they gave was that when girls play with Barbie, they put their own personality into the doll, or they make up a personality, but with such a distinct personality as this, kids would start thinking of her with that kind of personality. At the time I didn’t quite understand it, but the silver lining was that we had to go back and rethink the scene, and we realized that from purely a story standpoint, it was much stronger to have Woody figure out how to get out.” 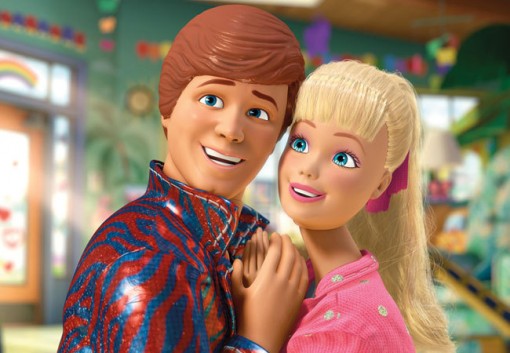 Barbie and her boyfriend Ken got a lot of screen time in last year's Oscar-winning Toy Story 3.

After Toy Story became the top grossing film of 1995 and the number one video the following year, Mattel reconsidered, and was all too happy to give Barbie her close-up in Toy Story II. Another hold-out from the original Toy Story was Hasbro’s G.I. Joe, but Lasseter took that rejection philosophically. “We planned to blow him up with an M-80,” he said. “I wasn’t really expecting that we would get the okay for that.”

There is one more conspicuous absence in all three of the Toy Story films: Andy’s father. “We never really explained what happened to Andy’s dad,” Lasseter said, “but I don’t really think that the dad left. I think something sadder happened to him, that we don’t really deal with.

Visit animationmagazine.net every Thursday for a new edition of Michael’s Blog. You can also visit www.michaelmallory.com for more good stuff.