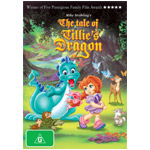 One of these years I’m going to sit down and put together an entire book-length history of the “Toon Boom.” I’m not speaking of the Canadian software company by that name, but rather the period from the mid 1990s through the early 2000s, when every studio in Hollywood and even around the world was ramping up for a major feature animation presence. It was a fascinating time to be connected to the animation industry; after years of languishing, the toon trade was suddenly, if not miraculously, a lottery winner. The joke at the time was that the rarest thing in Hollywood was no longer an honest agent or a virginal starlet, but an unemployed animator.

It was not just major studios jumping on the toon bandwagon, either. Many veteran artists decided to strike out on their own to create independent films. Some made it, and some didn’t, though one of the most determined at the time was Stribling Productions, owned by former animator Mike Stribling. The first––ultimately, only––film to come from the company was the kid-friendly featurette The Tale of Tillie’s Dragon. Even though it was written, produced and directed by Stribling, it was not a one-man venture; in fact it utilized the talents of some Disney Feature artists who were in between projects. 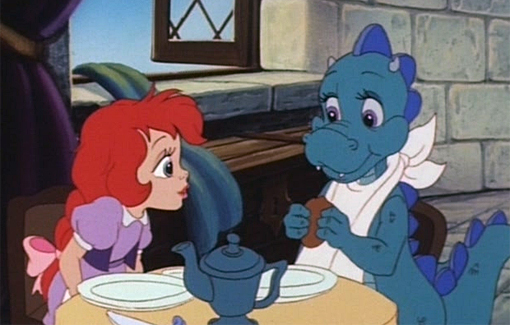 The Tale of Tillie’s Dragon

The fledgling studio was nothing if not ambitious, as I gleaned from Mike back in 1996:

“We started developing our own films about four years ago, when we started putting together talents like Andy Gaskill and Sandra Bhardwaj. The feature [Tillie’s Dragon] is coming first, but a series is where we’re reaching. Transatlantic Entertainment is our foreign distributor and as they sold contracts for distribution throughout Europe and Asia, they also had them commit to a contract for money towards a series. We already have about 5 million committed towards the series from the foreign distribution of the 44-minute film. [Tillie] is not a feature in Europe, it will be a feature in the United States. There’s an additional thirty-some minutes because they want a total film of around 75 or 78 minutes, that’ll be the feature here. The film in Europe is out because it was already sold as a home video release on television there in 1995. We’re looking to the end of this year [for US feature release].”

But as so often happens with best-laid plans, and even with powerhouse agency ICM involved (reread that crack about Hollywood rarities, above), The Tale of Tillie’s Dragon never emerged in any incarnation other than its 44-minute video form. After Stribling’s proposed second feature, Charlie the Leprechaun, never got off the drawing boards, Mike went back to directing for television, Andy Gaskill went back to Disney, and Sandra Bhardwaj, a.k.a. Sandra Berez, sadly passed away.

Like so many other “lost” projects, The Tale of Tillie’s Dragon can be found on YouTube, and despite it’s very limited exhibition––mostly at festivals in this country––it is often cited by those who saw it as their favorite childhood animated film. That’s not too shabby for a Toon Boom bust.

You can check it out here: 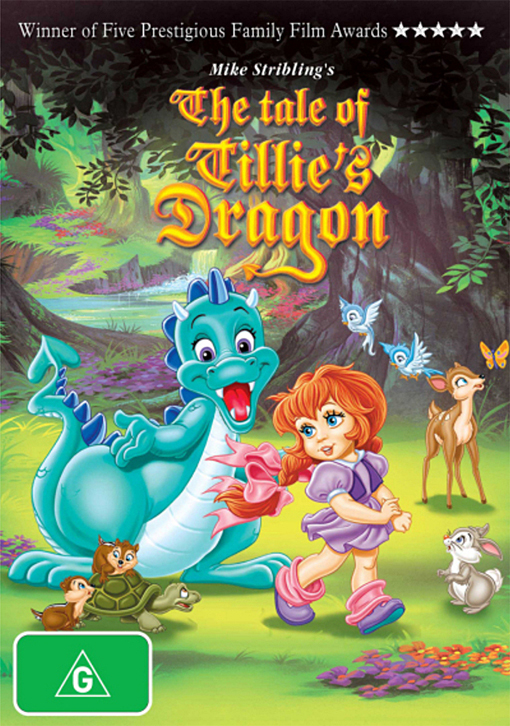 The Tale of Tillie’s Dragon