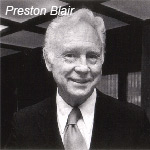 One can read any number of histories of the American animation industry and never come across the name Romer Grey. The son of Western writer Zane Grey, Romer whimsically decided to open an animation studio in 1930. Even though the studio never actually turned out a cartoon, it assembled a roster of very young talented artists, many of whom would go on to become the industry’s leading lights.

I had been totally unaware of Romer Grey, or its signature character, a Mickey clone named Binko the Bear Cub, when I received a phone call in 1992 from a plumber named Ric Nesmith. While doing a job in the old Zane Grey estate in Altadena, California, he had discovered thousands of drawings and the production records of the lost studio. The list of names found in the records was astonishing: Bob and Tom McKimson, Pete Burness, Ken Harris, Jack Zander, Volney White, Cal Dalton, Bob Stokes, Lou Zukovsky (Zukor), and Preston Blair.

In 1992, I spoke with Preston Blair about his days at Romer Grey. Preston, of course, went on to a remarkable at Disney’s and later at MGM, where he worked in the Tex Avery unit. He also wrote the definitive book on animating. But in the spring of 1930 he was a 21-year-old commercial art student who had heard about the new studio. “I went to see Romer Grey and he said, ‘Can you animate?’” Preston recalled. “I said, ‘Sure, I can animate.’ But I didn’t know anything about it. That was my first experience of any kind in animation.” 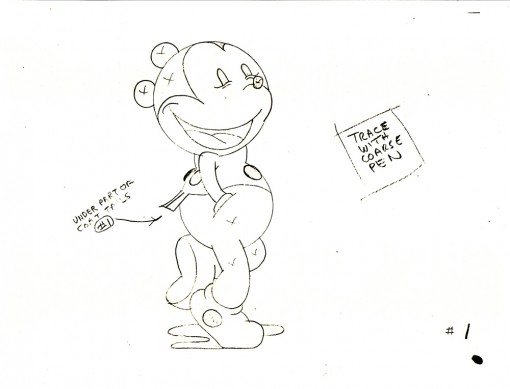 He went on to tell me that his fledgling career was almost cut short when Romer decided to relocate out of his father’s garage:

“One day they decided to move over to a place on Beverly Boulevard, near Vermont Avenue. They had the big day of moving, and Volney White’s brother got in a truck, which they loaded up. I was going to ride in front with Volney, but his brother said, ‘Go get up on the back and check it, see if everything’s all right.’ He was trying to get me on the back of the truck all the time. Then he started up and I was on the side of the truck as it went around the corner! I was nearly killed by this truck coming too close to the building. It was just a few inches that saved me life. I jumped off and said, ‘The hell with you!’”

Preston told me that his last encounter with White’s sibling (whose name he could no longer remember) nearly resulted in fisticuffs. Deciding to leave the studio—which had not paid him—Preston attempted to take some of his artwork with him out the door, but was prevented. “I said, ‘You haven’t paid me a cent,’” he recalled, “but I gave him the artwork, and I’m glad I did!”

What Preston never knew is that he was still better off than fellow novice Pete Burness, whom Romer was charging ten dollars a week for the training! 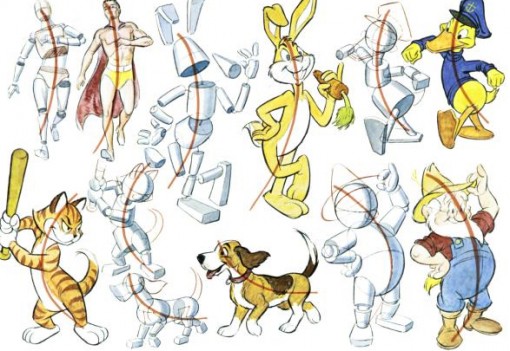 Illustrations by Preston Blair for his wonderful Cartoon Animation book