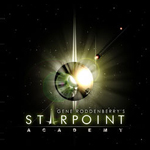 The critical success of this fall’s salsa-flavored The Book of Life got me thinking about an effort a decade ago by the Canadian company H2V to create a series of urban Hispanic-oriented animated features. Everyone remembers 2006’s Manga Latina: Killer on the Loose, right? Right?

Well, unless you were at the Providence Latin Film Festival in April 2006, or have a garage filled with animation promotional materials, you probably don’t recall this gory, unrated dark comedy about the pursuit of a serial killer, because it never made it to theaters. How about The Way the Dead Love, the potentially R-rated adaptation of the work of Charles Bukowski that Klasky-Csupo Studios had on the drawing boards in 2004? Or the late IDT Entertainment’s Gene Roddenberry’s Starpoint Academy? Remember those? No, huh?

The point I’m making is that a decade ago was a very interesting, transitional time for feature animation — and not simply due to the 2-D vs. 3-D debate. Given the sheer volume of independent productions that were then being announced, many of which explored new areas of feature animation stories and settings, there were some pundits — myself included — who wondered whether the major studios were on the verge of relinquishing control of the feature field to the plucky little independent studios, who may or may not have multinational production deals.

Back in 2004, I spoke with former Disney animator and director Tony Bancroft, whose company Toonacious sought to be one of those plucky little indies. “You don’t have to have these large, big-budget kind of blockbusters,” he told me, adding:

“I really feel like the days of the large studio overhead, like Disney and DreamWorks and Warner Bros. have had in the past with their animated features, is pretty much past, and I don’t foresee that coming back in a large way. I foresee that large studios will go to smaller companies like my own and hire or rent out the facilities, or sub-contract the work out to those smaller studios, so they don’t have the overhead. I really foresee that that’s a more workable model in the near, and probably the long future of animation. What people have been doing in Europe and Asia and has been really interesting, that have a little bit lower budget and are driven by the production company that makes it, and have a very unique vision. While the U.S. market might seem a little behind on that, I think we’re quickly catching up.”

So a decade later, how do we rate that prediction? Well, on the one hand there’s the fact that a toon feature like The Book of Life, which was developed and produced independently, then released by a major studio (20th Century Fox) is becoming more commonplace. There’s also the fact that Disney’s Frozen, made at three times the cost and with all of the big studio overhead one can envision (and yet another princess), is the highest-grossing animated film in history.

The bottom line is that they co-exist, so maybe Tony’s “long future” vision was pretty dead-on. This being animation, let’s just call the argument a draw. 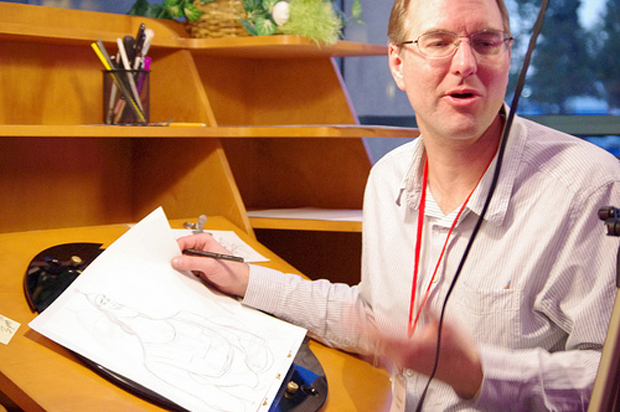