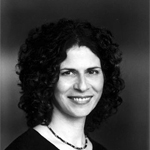 With so much discussion of border crossings in the news lately, I could not help but be reminded of one of the more unusual Saturday morning cartoon shows of the last two decades: Klasky-Csupo’s Santa Bugito (and to quote the show’s creator, Arlene Klasky, “I know it sounds strange, but that’s how my warped mind works”). While it was not perhaps the most innovative kidvid offering of 1995 — the groundbreaking CGI series ReBoot and the stop-motion musical comedy Bump in the Night were then both still on the Saturday a.m. schedule — Santa Bugito was definitely outside of the toon norm of the time in terms of character design, color, setting — a Tex-Mex border town — music, voice casting and characters, all of which were insects. The first Latin-centric toon, it included actors Cheech Marin, Marabina Jaimes and Tony Plana in the regular voice cast, but also — uniquely for the time — featured such Hollywood names as George Kennedy, Jim Belushi, Peter Strauss and Cathy Moriarity in guest roles.

Back in 1995 I spoke with Arlene, the studio’s co-founder and wife of partner Gabor Csupo (at least until that year), about the genesis of the show:

“Originally I had wanted to do something music-driven and I thought of doing something country-Western. Then, I wanted to do something with insects because insects are an area that we knew kids absolutely love and abhor at the same time — abhor because they’re so gross, and kids like that kind of gross stuff. I felt that insects needed to be placed in the desert. Then I placed it on the border of Texas and Mexico, mostly because the original gut feeling about it was kind of The Last Picture Show, Mad Max, sort of after the apocalypse. We set it on the border of Texas and Mexico so we could gather a lot of local color from both sides of the border.”

While Mad Max and The Last Picture Show might sound like a heady mix to inspire a Saturday morning show, Arlene went on to say that there was a closer-to-home inspiration for the development of the buggy cast. “That came from my children,” she laughed, adding:

“You know, little boys are always collecting as many rolly-polies, and as many snails, and as many spiders, and things like that. They’re always picking them up and observing them and looking at them and talking about them and touching them and being grossed out by them. So I knew first-hand how much children are interested and fascinated by insects.”

That fascination would last only thirteen episodes, making Santa Bugito a rare one-season show for the Klasky-Csupo studio, which was then enjoying major successes with Rugrats and Aaahh!! Real Monsters. Why did the show end so quickly? Perhaps it would take a few more years and CGI to make insects cuddly enough for younger audiences, through the features Antz and A Bug’s Life. Or perhaps it was a case of Santo Bugito on Saturday morning in 1995 simply being demasiado hip para la casa. 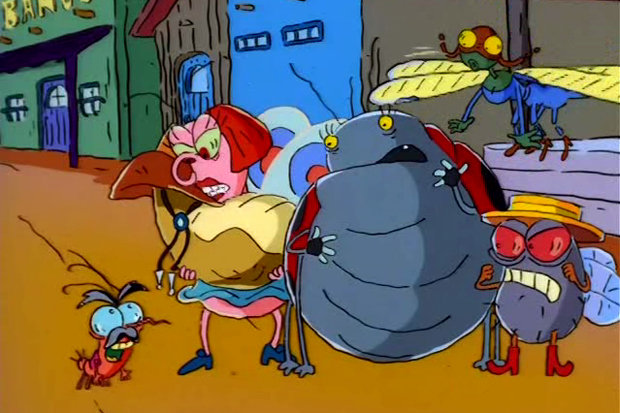