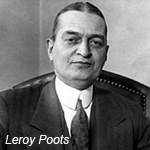 There are very few tragedies in the toon trade (not counting the release of Eight Crazy Nights), but the case of Leroy Poots certainly counts as one of them. Poots (1910-1982) was an animator and story man at the Disney Brothers studio in its earliest days, when it was still renting space from the Trader Joe’s across the street from the site of its Hyperion Avenue facility. It has been said by people who don’t know that Poots had the potential to become the Tenth “Old Man,” but instead he had his name expunged from animation history forever, as though he never existed.

Who was Leroy Poots, and what did he do to deserve such a fate?

I had never heard of Poots until 2002, when I was approached at the after party for the Annie Awards by a woman introducing herself as Lucy Poots-Dailey, Leroy’s granddaughter. She made me a proposition, but since my wife was there that evening, I turned it down. Then Lucy proposed that I help her spread the word about her forgotten grandfather, who had recently died twenty years earlier. “He’d be recognized today as a Disney Legend if it hadn’t been for a stupid mistake,” she told me, adding: 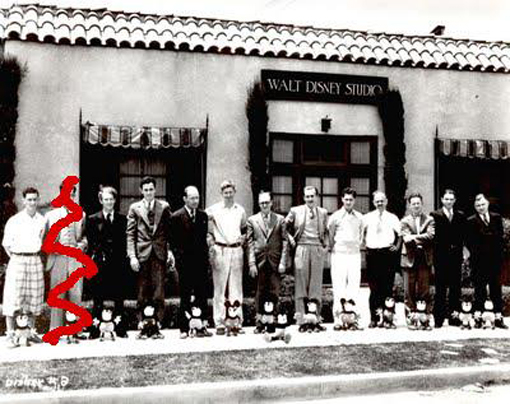 Disney Staff with Poots scratched out

“Grandfather was [at Disney’s] when they were doing a lot of barnyard characters—Horace Horsecollar, Clarabelle Cow—and he was working up a new one called ‘Randy Ram.’ Randy’s trait was that he never met a ewe he didn’t like, so half the cartoons would have been sex scenes. Grandfather was definitely ahead of his time. In fact, he came up with the idea for an X-rated cat, but some crumb stole it from him. Anyway, even though the idea made Walt sick, Grandfather started working on a Randy Ram cartoon to show at the staff Christmas party. It was called The Dreamboat’s Willy. He did it all himself, working nights. But when it was done the distributor got mixed up and sent the print out to the theaters! So while The Barnyard Concert was screened at the party, the local movie house in Marceline, Missouri—Walt’s hometown—was showing Randy Ram. I heard the people there burned Walt in effigy on Main Street as a result. I know Walt never forgave Grandfather and banned him from every studio in town as well as the history books, and burned every trace of The Dreamboat’s Willy except for one drawing of Randy, which I have.” 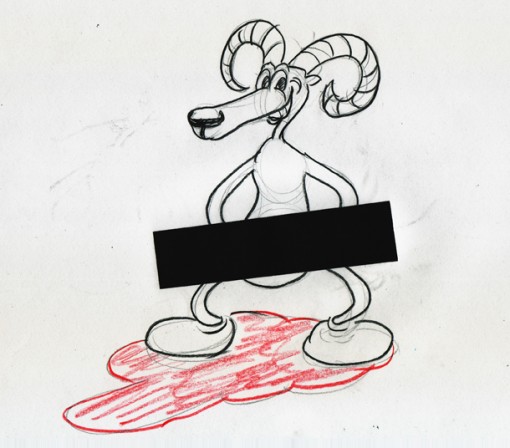 While I wanted to learn more about Leroy and the project he was developing at the time of his death, The Secret of NIMHPHO, I was prevented. Shortly after our conversation, Lucy Poots-Dailey, an aspiring actress, signed with the William Morris Agency and thus was never seen or heard from again. One thing is certain, though: you could comb every inch of the Walt Disney Studio Archives and never see the name Leroy Poots. So if the story is true, it means Disney was remarkably effective in erasing him from the annals of animation.

And if it isn’t true, then it must be a goofball April Fools’ gag!