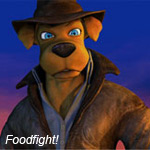 The news that the Godot of animation, Foodfight! was FINALLY going to be released (albeit only on DVD and only in Europe), puts an end to the bizarre saga of the most ill-fated epic in toon trench history. Created and produced by digital effects shop Threshold Entertainment, which was technologically partnered with IBM, Foodfight! is a $50-million CG feature set in a grocery store after hours. The noirish comedy/adventure first blipped industry radar screens in 2001 due to its controversial product and brand placement deals with major corporations, to include such trademarked characters as Mr. Clean, Charlie the Tuna and Mrs. Butterworth in cameos. It was also hyped for its starry voice cast, including Christopher Lloyd, Charlie Sheen, Ed Asner and Eva Longoria (plus a few others who have since dropped to the C-list).

Foodfight! was produced in-house at Threshold’s Santa Monica headquarters, which CEO Larry Kasanoff, the film’s co-producer/director/co-writer, predicted would become the next Pixar. “In terms of coming to have an independent digital animation studio making a digitally animated movie right now, I think we’re pretty much it,” Kasanoff told me in June of 2002, adding:

“We’ve got the movie, we’ve got the property, the place, the equipment, the talent, we’re there. Do we believe our next movie, Foodfight! is going to be a huge hit? Of course we do! We think it’s great. We’ve gotten an amazing response to it. I’ve told people about all over the world and we’re getting uniform reaction to it. We’re betting a ton that it’s going to be a great movie. We’re risking more on this movie than any other venture I’ve ever been involved in in my life.” 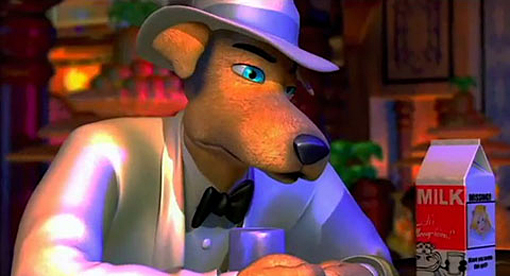 That risk involved Threshold’s insistence on maintaining complete control of the film.

“Every studio but one offered us a deal on the movie,” Kasanoff said, “but for us as producers, not for us as the animation studio. We’re never going to be the next Pixar being for-hire producers with some other shop.”

About six months after this conversation Foodfight! hit its first iceberg: computer drives containing all the film’s files were reportedly stolen in what Kasanoff called an act of “industrial espionage.” Despite this the-dog-ate-my-homework setback, ambitions remained high. The film was restarted with a proposed 2005 release date…which was missed.  Then in 2007 a distribution deal was struck, but it, too, evaporated. The fact that Foodfight! had acquired a PG rating (and contrary to widespread opinion, the MPAA ratings board does actually have to see a film before rating it), meant it really did exist…but where was it? The answer finally came last year when it was announced that, having fallen into receivership, the film would be put up for auction with a starting bid of $2.5-million—one-twentieth of its production cost. Britain’s Boulevard Entertainment won, and Threshold’s ambitious crapshoot officially crapped out. 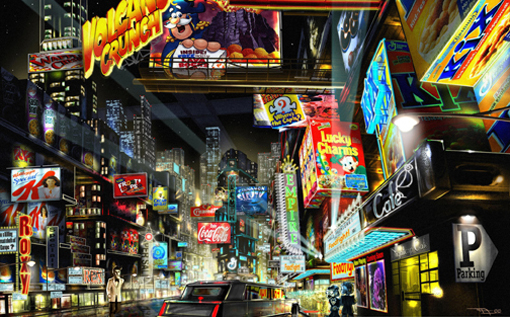 So what is the moral of this story? A host of them could be derived, though given the number of would-be “next Pixars” that have crashed and burned over the last decade, the moral might be that making such a claim releases a curse.

Of course, the moral could simply be: always lock up your hard drives.