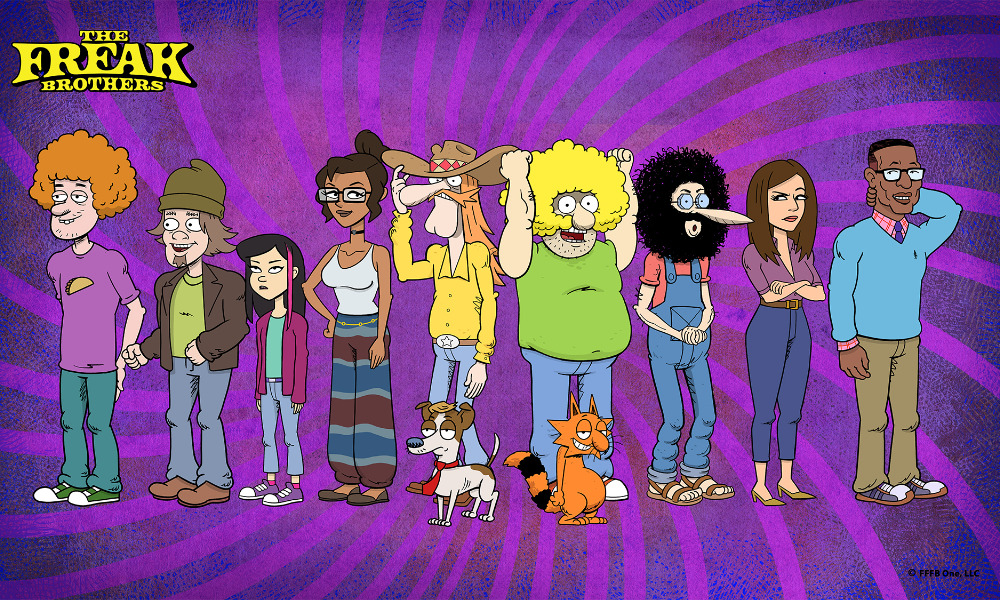 Tubi announced it has renewed the hit comedy, The Freak Brothers, its first-ever original animated series, for a second season, which is slated to premiere in December 2022. Based on Gilbert Shelton’s cult classic underground comix, the toon delivered nearly twice as many viewers as the #2 series on the platform in its first seven weeks (11/14 – 1/3).

“We’re excited to bring back our favorite trio of Freaks — and their trippy pet Kitty — for another wild season,” said Adam Lewinson, Chief Content Officer, Tubi. “The Freak Brothers has received overwhelming reception since its debut in November and has been a key driver in our growing adult comedy offering, cementing Tubi as a destination for adult animation.”

Today’s renewal of The Freak Brothers highlights the platform’s continued dedication to expanding its adult comedy collection and delivering fan-favorite originals. The far-out toon chronicles the escapades of a trio of stoner anti-establishment characters and their cat who wake up from a 50-year nap after smoking a magical strain of weed in 1969, and must adjust to life with a new family in present-day San Francisco.

“We’re pleased to continue our ‘trip’ with FOX and Tubi on a hilarious second season of the Freak Brothers,” said Lionsgate President of Domestic Television Distribution Ryan Lowerre. “With a fresh and inventive spin for their second season, Freewheelin’ Franklin, Fat Freddy, Phineas T. Phreakers and Kitty are ready to continue to grow the show’s audience.”

The Freak Brothers is based on comic-book legend  Shelton’s The Fabulous Furry Freak Brothers. Critiquing the Establishment, while satirizing counterculture at the same time, the comics sold more than 45 million copies in 16 languages and was hailed by The Comics Journal as “One of the 100 Greatest Comics of the Century.” Starburns Industries and Pure Imagination Studios, the studios behind Rick and Morty and The Simpsons “Brick Like Me,” handled the animation for Season 1.

“We’re thrilled to embark on another even more freaky trip with Adam Lewinson, Rachel Koehler and the fantastic teams at Tubi, FOX and Lionsgate. And we’re most excited for our fans to twist one up and enjoy Season 2,” said executive producer Courtney Solomon.

Executive producer Mark Canton noted, “The success of Season 1 helped lay the foundation for this awesome new Freak Brothers audience, and Season 2 will be full of hilarity and surprises for our Super Freak army.”