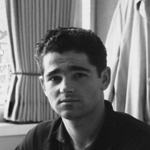 San Diego Comic Con is once more upon us, offering a virtual Roman coliseum packed with all things pop culture. For baby boomer toonheads, there will be one bright spot (well, probably couple a dozen, but I’m focusing on one in particular), an opening-day panel on the early days of Hanna-Barbera studios, featuring two pioneers of TV animation, legendary design artist Willie Ito, and story-and-gag man par excellence Tony Benedict.

These days, it seems like people have to be reminded how important Hanna-Barbera was to the animation industry. Far from producing “illustrated radio,” they blazed the trail for television tooning in the late 1950s, creating an entire industry and, in a very real sense, saving the entire business. “It was flat on its butt,” Tony Benedict told me back in 1998, elaborating:

“No one was going to make theatrical cartoons anymore, and it was much too expensive for television, and all the wonderful talent around town, everybody was out of work. So Bill [Hanna] and Joe [Barbera] started up and they got to hire everybody at bargain basement prices. They had incredible people working for them from the beginning. Mike Maltese worked there from the beginning, and was still there when I left in 1966. Huck, Yogi, those early shorts were pretty much written by Warren Foster, Mike Maltese and myself, and I think Dan Gordon did some of them. Dan was a great artist. He could draw so well, and he had a great style.”

Even though the name Mike Maltese has become iconic, chiefly through his work at Warner Bros. with Chuck Jones, Tony believed that he still never really got all the credit he was due. “Quick Draw McGraw was entirely his show,” Tony recalled, adding:

“We’d go in and pitch an idea to Joe [Barbera], and we’d roll around on the floor for a while and laugh, and have a good time, and he’d say, ‘Okay, great.’ Mike pitched the whole thing to Joe, and wrote that entire half-hour show, every single episode, every word of dialogue. One person. He was very underappreciated in my view. He pitched the thing to Joe. He did it all.”

Tony had vivid memories of a couple other artistic workhorses at the studio: Kenneth Muse, who had been a Tom and Jerry animator with Hanna and Barbera at MGM, and story man Tedd Pierce, yet another veteran of the Warners toon unit. “Kenny Muse was a sensational artist, but a killer drinker,” Tony recalled, adding:

“But when he was drinking he could draw. He whipped out a whole sixty-second commercial in one night, and killed a couple bottles of scotch in the process. And Tedd Pierce…you know that bone in your leg, that flat part? Tedd had a hole in that, he got injured or something. And he would sit around and smoke, and pull up his pant leg, and flick the ashes in [the hole].”

And all this time you thought the only ash holes were at the network level! 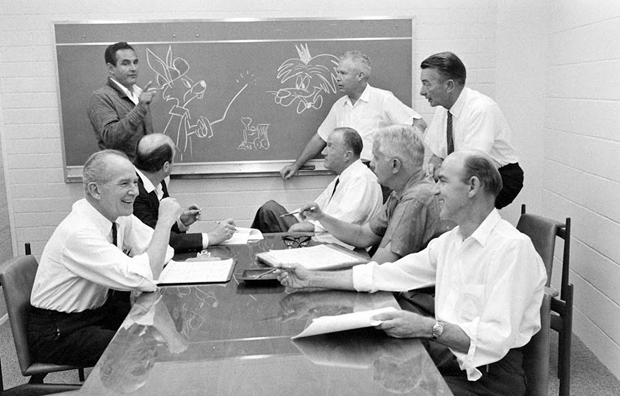