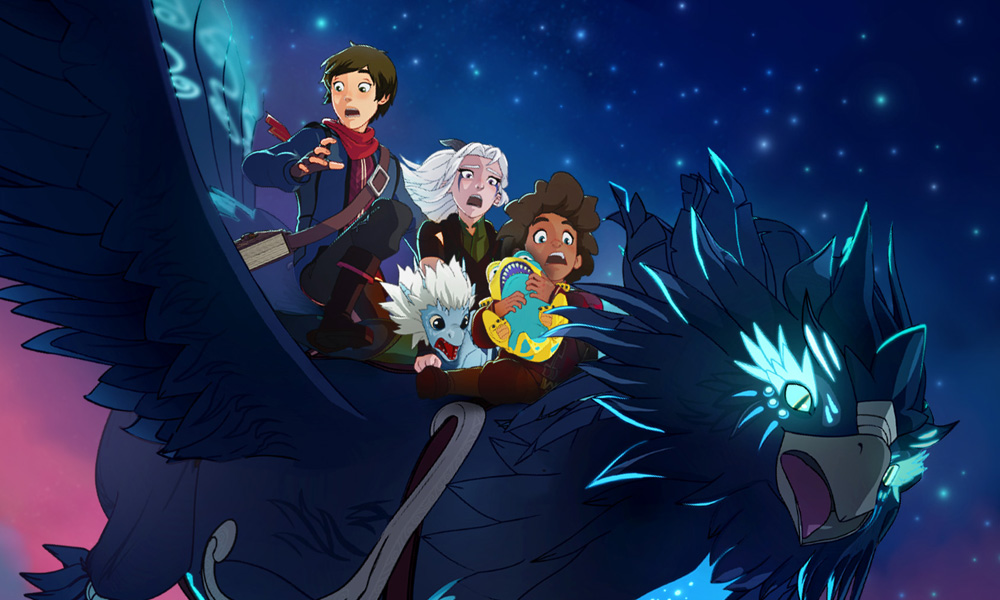 At a panel held as part of the Anime Los Angeles con on Saturday, the creators of Netflix animated series The Dragon Prince announced that season two will officially premiere on the streaming platform February 15. Fans can expect new characters, new adventures and new challenges for the show’s young heroes as they race to resolve a centuries-old conflict.

The nine-episode second season follows Rayla (voiced by Paula Burrows), Callum (Jack De Sena) and Ezran (Sasha Rojen) as they continue on their way to Xadia. But the journey won’t be easy, as the trio face challenges by new foes and old friends alike. Together they’ll struggle with trust and betrayal, face down vicious dragons, and be tempted by dark magic — all while protecting the newly-hatched Dragon Prince, Zym.

Watch season one on Netflix.