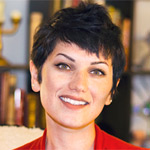 For most young would-be professional artists, finding that first gig is often the trickiest part of getting a career going. For Morgane Keesling — 23 year-old senior Animation major with an emphasis on Entertainment Design at California State University Long Beach (CSULB) — the real trick is finding enough time in the day for the professional work she already has stacked up. For her, it’s not a matter of if she’ll find a real career chasing her passion after school, it’s in finding balance amidst her already in-demand services. Keesling always has a commission of one sort or the other going, be it a Gainsborough-style oil portrait of Tenniel’s White Rabbit from Alice in Wonderland, or a rendering for a new garden at a shopping mall.

“As soon as this semester ended, I took a job drawing caricatures at Knott’s Berry Farm,” says Keesling. Theme park work for an animation major? Actually, theme parks are exactly where Keesling wants to end up after graduation. “I grew up totally in love with traditional, hand-drawn animation.  I always asked for art books and supplies for Christmas and birthdays and started drawing from things I learned in books from around age four.  I was hooked.” But a childhood trip to Disneyland Paris (Keesling is of French extraction and fluent in the language) made her change tack from a focus on animation to one of theme park design.

“I really didn’t know this was a career option,” Keesling says. “But the more I looked into it, the more I wanted to be part of designing theme parks and attractions like the things you see at Disney parks.  It really combines all the visual arts. It’s architecture and sculpture and murals and landscape design, plus many types of animation.” Animation to theme parks actually isn’t such a stretch after all. Walt Disney tapped many of his studio animators to be the first generation of “Imagineers” in charge of the design for Disneyland in the early 1950s. Fortunately for Keesling, there is a wealth of research material in the form of books, documentaries, and fan groups for those hoping to break into themed entertainment design.

At the same time, Keesling kept her affection for animation alive. While still in high school she worked as an intern for Animation Magazine, and represented the publication at conventions from CTN to SIGGRAPH to Comic-Con.  It allowed her to build connections with some top animators and talents in the field. It was at CTN one year that Keesling briefly met Walt Disney Imagineering’s Tony Baxter (wizard behind such attractions as the Indiana Jones Adventure, Splash Mountain, and Big Thunder Mountain Railroad). Their conversation convinced Keesling that theme parks were a viable avenue for her creative range…if a little more esoteric than screen-based animation. After a brief stint in San Francisco — where she studied Greek art history and published an honors thesis on Greek pottery — she returned to her Southern California home to pursue a specially-tailored “Entertainment Design” major at CSULB.

“I became a student member of the Themed Entertainment Association,” says Keesling of the professional group whose membership includes thousands of designers and builders for theme parks and other attractions — from elaborate malls to museums and water parks to corporate exhibits — from all over the world. “I was able to make incredible connections and find leads on work.” Like most creative industries, themed entertainment is tight-knit but often tough to break into. “I was lucky in getting hired to do some concept work for Garner Holt Productions, the world’s biggest animatronics producer, for one of their projects. That put me on the radar of other companies, so now I’ve been part of a number of concepts for attractions.”

Keesling has already been accepted into CSULB’s BFA program Animation track, where she will continue her studies in specialty design for themed entertainment. In the meantime, she will continue commissioned work for her growing roster of clients, which includes museums, theme parks, even Disney collectibles. So why take a summer job at Knott’s with a plate full of professional work? “I think working inside a theme park, face-to-face with guests is important to seeing design from the user’s perspective,” Keesling says. “Although I go to Disneyland and Knott’s frequently as a guest, it’s not the same as experiencing actually working there. Talking with visitors, helping to create memories for their visit, that’s such a big part of theme parks and the fascination people hold for them. I want to see things from that side, too.”

Ray Bradbury called Disney’s Imagineers “renaissance people,” tribute to their widely-encompassing talents and global curiosities. Morgane Keesling looks at the world in much the same way—at the start of her career, she’s already influencing the daily experiences of thousands with her diverse range of talents and broad interests. A bright future indeed. 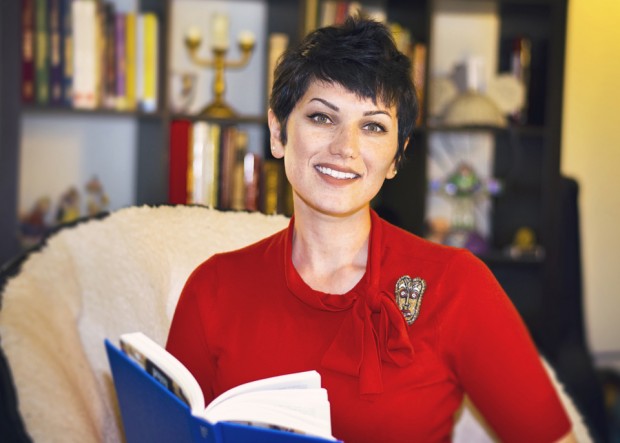