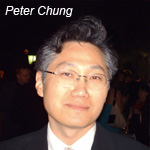 Whenever I begin to despair that animation has fallen into a rut (which usually happens after watching the latest major-studio sequel), I start thinking about Peter Chung. Not quite an indie filmmaker, but a distinctive one, the Korean-born artist is known for a singular style of character design––reminiscent of anime figures but utilizing elongated bodies––which was highly sought after right at the top of the toon boom a couple decades ago.

Peter remains best known as the creator of Aeon Flux, a truly unique show about a female secret agent in a sci-fi setting that began as a series of largely wordless shorts on MTV’s Liquid Television. Aeon Flux was not comedic; it was adult (back when “adult animation” still meant adult content instead of adolescent humor) and it demanded attention and thought from the viewer. It went to full series in 1995 and lasted for a season. In between the two versions of Aeon Flux, Peter turned his talents to Phantom 2040, a syndicated program updating Lee Falk’s newspaper strip character “The Phantom,” which featured Chung’s signature design style.

Even though he worked on such bread-and-butter shows as Rugrats and C.O.P.S. early on, Peter Chung was and is an original, something that became clear when I first spoke to him in 1993. “I’m interested in using animation to portray things that are beyond the usual province of what people expect from animation,” he explained, adding:

“I’m not trying to do comedy, I’m really trying to do something that’s provocative, making full use of the graphic possibilities of the medium. And a lot of my motivation is to experiment with visual narrative, seeing how you can orchestrate images without text and try to evoke meaning out of that, from the point of view of the viewer’s experience.” 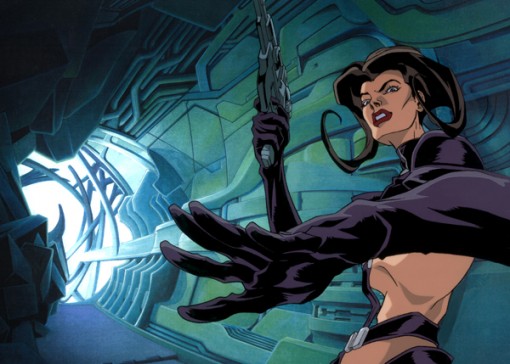 I caught up with him again in 1995, when Aeon Flux was ready to premiere in series format, and found him still drawing outside the box. Did he consider himself a cutting-edge animator? “Quite frankly,” he said, “I don’t think of myself in terms of how I relate to the rest of the industry at all.” He elaborated:

“I feel very little connection to the industry and what’s going on. Basically, I’m making films that interest me. I guess what I try to do is maintain my personal investment in what I’m making, as opposed to creating it as a profession. To me, animation is not doing a job, it’s a personal commitment to an art form. I would find working closely tied to the industry more difficult than the approach I’ve taken. I’m not one who needs to keep working for the sake of working. I’d frankly rather not work in animation than have to work on stuff that didn’t interest me.”

Just last year Peter directed the highly-regarded short Diablo 3: Wrath, and in 2010 helmed the CN CG-animated feature film Firebreather. But his true achievement might be that, after 30 years in the business, Peter Chung is still doing it his way. 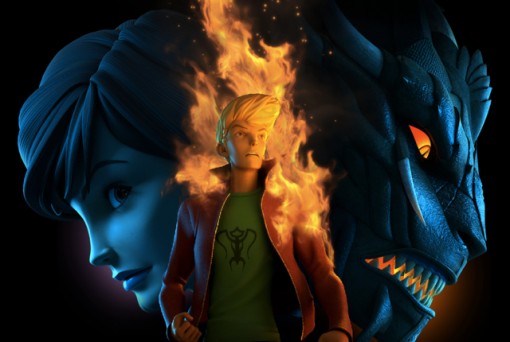