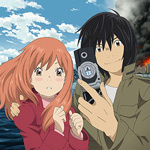 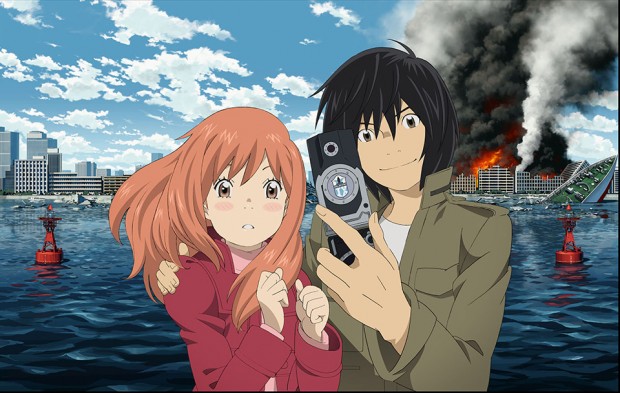 While American animation heroes are above money problems, Japan’s struggle to scrape by in modern economy.

In Frozen, Anna and Elsa lived in palaces; Gru in Despicable Me commanded an army of Minions; Monsters University didn’t have a financial aid office; and there was no shortage of kids spending quarters in the arcade where Wreck-It Ralph worked. Since 2006, the United States has been recovering from the worst financial crisis since the Great Depression, but anyone watching American animation would never know it.

That wasn’t the case during the 1930s. In the Fleischers’ A Dream Walking (1934), Popeye and Bluto lived in a run-down apartment building with cracked plaster walls. Mickey and Donald were six months behind on the rent in Moving Day (1936), and “Who’s Afraid of the Big Bad Wolf?” from Three Little Pigs (1933) was the unofficial anthem of the Depression. During the 1940s, cartoon characters coped with wartime shortages and rationing, like the audiences who watched their antics.

And it’s not the case in Japan, where animated characters are struggling to find a place in the post-bubble economy. “I think it’s natural to include current events in anime; animation in Japan has included stories of everyday life and reflections on everyday life through fantasy throughout its history,” said a Japanese producer who asked not to be identified. “Creators are not shy about taking current insecurities into the worlds they depict: It’s a common ground they share with the audience. So the main characters escape or fight an uneasiness the audience may have or can relate to.” 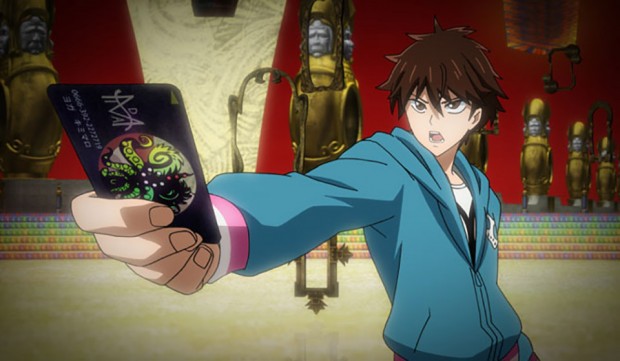 Out of Financial Control

In [C] – Control—The Money & Soul of Possibility (2011), university student Kimimaro Yoga works two jobs in convenience stores. He doesn’t aspire to fabulous wealth or success, he just wants a secure job that will enable him to support a wife and one child — an increasingly difficult goal for many young Japanese — and Americans.

A mysterious figure transports Kimimaro to the alternate reality of the Financial District, where people fight bizarre battles, wagering their futures against a cash stake they can increase endlessly. But if they lose and go bankrupt, their existence in the real world changes: careers, possessions, even family members may vanish. The stakes are higher than Kimimaro realizes: The collapse of Lehman Brothers caused an entire Caribbean nation to disappear — and no one remembers it.

In the sci-fi adventure series Fractale (2011), nanomachines injected into their bloodstream link humans to a global technological network that supplies everything they need. But the aging Fractale system is crumbling; as its satellites crash, people lose access to it. Initially, teen-age hero Clain is only vaguely aware of the problems. But as his adventures continue, he discovers there are people who reject the ease — and restrictions — of life under Fractale. In the city of Xanadu, where the system still allows the inhabitants to create anything they can imagine, the filmmakers offer an unsettling, garish vision of dystopia.

Even superheroes can have money problems. In the rambunctious adventure-comedy Tiger & Bunny (2011), individuals with supernatural abilities become heroes in flashy costumes, fighting crime and protecting the people of Stern Bild City. But their feats of derring-do air live on Hero TV, where they compete for ratings, titles and endorsements. Some rescues have to be delayed for commercials, and the superheroes’ costumes feature the logos of corporate sponsors (including Amazon, Bandai and Pepsi). Although he’s a dedicated veteran with 10 years of service, Kotetsu Kaburagi, a.k.a. “Wild Tiger,” gets in trouble with the TV studio for the insurance claims he racks up when he inadvertently destroys things during rescues.

The formidable lead characters in the knock-about fantasy-adventure Fairy Tail (2009) — fire wizard Natsu, ice wizard Gray, celestial wizard Lucy and tough-as-press-on nails transformative wizard Erza — have to take risky jobs battling demons and evil sorcerers because they’re perennially broke. Although they invariably come out on top, they run up outrageous food and bar tabs. And, like Wild Tiger, they often wreak havoc on their surroundings — which lands them in trouble with the Council of Elders. 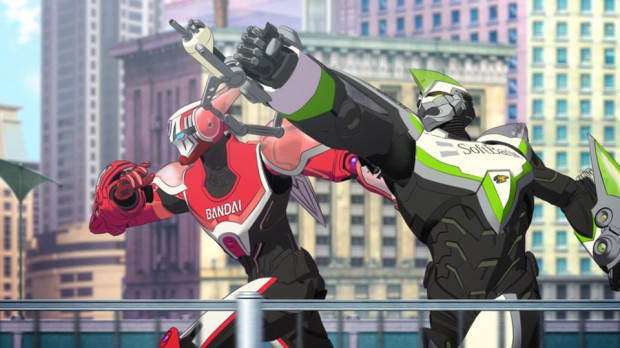 No animated series has confronted the alienation of disenfranchised Japanese youth more directly than Eden of the East (2009), which scored a big hit on both sides of the Pacific. Twenty-something Akira Takizawa wakes up in Washington D.C., stripped of his memories — and his clothes: All he has is a gun and a mobile phone that delivers anything he requests. With the help of vacationing college senior Saki Morimi, Takizawa returns to Japan and tries to recover his memories, which may be linked to the disappearance of 20,000 NEETS (young men with No Employment, Education or Training). He discovers that he is a seleçao, one of 12 agents charged by the mysterious Mr. Outside with saving a faltering, apathetic Japan.

It’s difficult to imagine a mainstream American series or feature that focused on this kind of social issue or featured characters who were broke. Hiro in Big Hero 6 has cutting-edge equipment at his fingertips, Hiccup in How to Train Your Dragon can make whatever he wants in Gobber’s forge, and no one complained about the rates at the Hotel Transylvania.

“Animation in Japan is very often a record of daily life. There are shows about taxes, housework, child-rearing and cooking,” says Roland Kelts, author of Japanamerica: How Japanese Pop Culture Has Invaded America. “So it’s no accident that animators in Japan draw and write about economic troubles like running short of cash. Sadly, most animators in Japan are paid very little, so they know that condition intimately.”