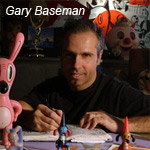 Even with the growing awareness of cartooning as an actual art, it is still rare that a popular cartoonist is honored with an exhibition of his work in an established museum. Graphic artist Gary Baseman has become one of the rare few with an exhibit called “The Door is Always Open” currently running at the Skirball Cultural Center in Los Angeles. The son of Ukrainian Holocaust survivors, Baseman is a pop culture artist with one of the most recognizable styles around. Toonheads, though, probably know him best as the creator (with Bill and Cheri Steinkellner) of the Disney Channel animated series Teacher’s Pet.

Back in 2000, I spoke with Baseman about his first animation venture. “I’ve wanted to do cartoons for a very long time, since I was a kid,” he told me, adding:

“I grew up in Hollywood and went to elementary school with Bob Clampett’s daughter, and we loved cartoons. I never studied art formally, but I put together my illustration portfolio and moved out to New York, and started to get published. And when I was starting to get a name in the industry, Nickelodeon actually called me up and asked if I had any ideas for a TV show. I liked to them and said, “Yes, I do!” And I came up with ten ideas. I did a couple pilots for them. Then I realized that, like any industry, the one thing you need the most to succeed is luck and determination, so I moved back to L.A., where I pitched around town and Disney was smart enough to like my ideas. This show is truly a labor of love, it’s not just a job. And Disney has given us a lot of support, so I see a long life.” 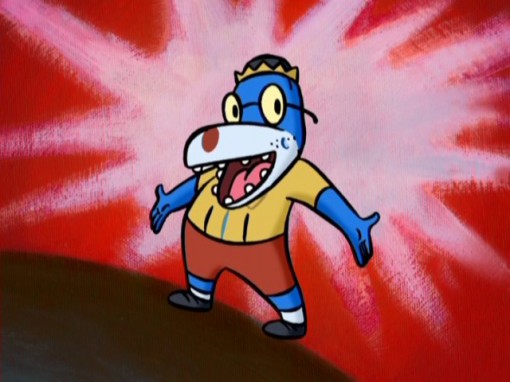 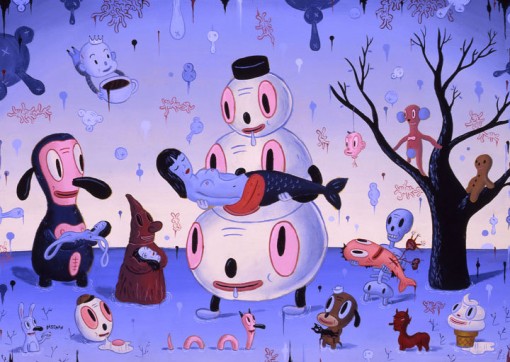 Well, a so-so life, maybe. The arguably too-hip-for-the-house show lasted only two seasons, over the course of which it nabbed four Emmy Awards, two for Outstanding Animated Program, one for Baseman for Art Design, and another for theatre dynamo Nathan Lane, who voiced the lead. It also won a BAFTA Award in Britain. Teacher’s Pet also spawned an eponymous theatrical feature in 2004, which was a critical hit, if not a commercial one. That film proved to be the property’s swan song, and Baseman moved onto other projects.

But having worked in so many different areas of art, including illustration, advertising, toy design, fine art, even board game design, did Baseman have difficulty in the most collaborative art form there is? Gary said no:

“I love working with people. I’ve learned from being an illustrator, when you create a piece, you’ve got to put 120-percent into it and truly believe it when you do it, but afterwards you can’t be married to anything, because it’s a commission. And it’s the same with TV. You work with people that you can trust and that you admire, but you can’t be married to any one particular idea, and you have to learn to give and take. When storytelling is done right, people will fall in love with you.” 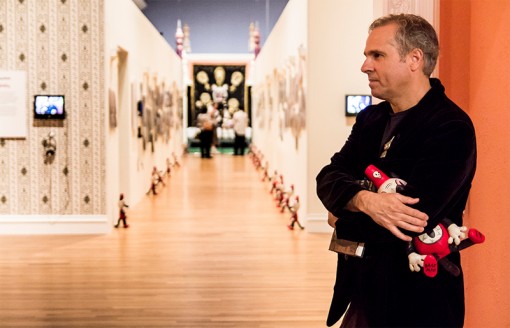 You can learn more about the Baseman exhibit here: www.skirball.org/exhibitions/gary-baseman.