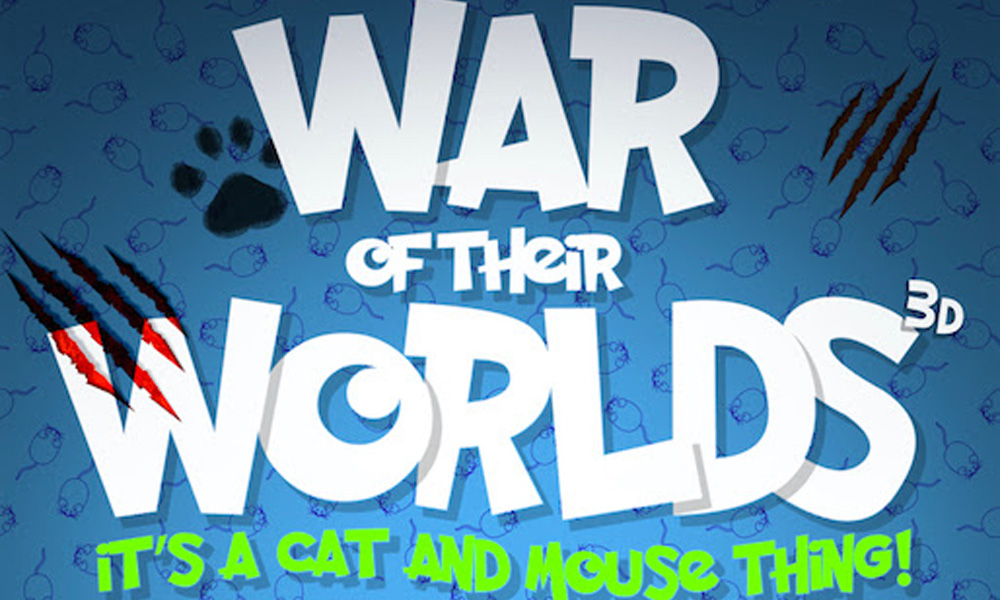 War of Their Worlds

On the heels of an unprecedented sale to Netflix of its animated feature Next Gen, Canadian studio Tangent Animation is teaming with London-based SC Films to produce a new family-friendly comedy titled War of Their Worlds. SC will launch sales at AFM in Santa Monica next week.

Built on the classic cat-and-mouse rivalry, the film follows Nipsy the mouse and her family, who have a happy life in an abandoned house that just won’t sell. That is, until a ruthless property developer sees potential in their run-down space and sends in two eager cats to chase the mice out of their home.

“This is an action-adventure with lots of humor, and with the strong message that family comes in all shapes and sizes,” commented producer Simon Crowe, CEO of SC Films.

This will be the first animated feature developed from SC Films’ original IP. Jeff Bell, Ken Zorniak and Phyllis Laing of Tangent Animation will co-produce and handle the animation. War of Their Worlds will be directed by Peter Lepeniotis (Gnome Alone, The Nut Job) from a screenplay by Stephen Meier (Around the World in 80 Days: Reef 3).

War of Their Worlds is expected to launch in Q4 of 2020. SC Films is handling worldwide sales. SC’s recent slate has included Charming , White Fang, Gnome Alone and Big Fish & Begonia. Upcoming are Marmaduke, Ark At 8 and sci-fi actioner The Dust Walker.

‘Star Trek: Lower Decks’ Beams Up as First CBS All Access Toon
‘How to Train Your Dragon: The Hidden World’ Soars with New Trailer