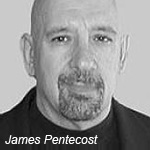 Another Turkey Day has come and gone (save for the excess pounds) and this time the our yearly national celebration of the communion between the English settlers and the Native peoples of North America got me thinking of the only animated treatment of Chapter One in American history, Disney’s 1995 feature Pocahontas. While not a Thanksgiving movie per se, it is set in Jamestown, Virginia, where one of the earliest versions of a Thanksgiving celebration was held in 1610.

Pocahontas took its share of hits for straying from historical accuracy, particularly from a few tribes who have accused Disney and the filmmakers of deliberately blowing off historical accuracy to perpetrate a myth. This, however, does not conform to the testimony I got back in ’95 from the film’s producer, James Pentecost. He, in fact, confessed that the story process would have been much easier if they had thrown historical accuracy to the wind (colors optional). “The problem with this particular story is that we’re only dealing with the arrival of the English and the John Smith years,” Pentecost told me, adding:

“Pocahontas went on to marry John Rolfe after Smith went back to England, and she died as the ship was leaving English shores to return to the new world. If she had married John Smith, it would have made our storytelling that much easier. She saved his life, and most people associate Pocahontas with John Smith. What we did was research the Powhatan Indians and make sure we were representing their way of life as accurately as could be depicted. We talked to a number of Native American groups and did a lot of research. We also worked with historians at the Jamestown Foundation. But in any historical biography, you’re always expressing this and heightening that. None of our lives break down to three-act plays, unfortunately. What we tried to do was get into this young woman’s mind [and ask] why do we read about her? Why do we study her? That was the thrust of the movie, and the thrust of our storytelling.”

Even the most famous historical incident involving these characters, Pocahontas’s saving Smith from execution, gave the filmmakers trouble, chiefly because they initially wanted to put it at the beginning of the film! Only when it became apparent that, no matter how familiar it already was to moviegoers, the near-beheading had to be the payoff, was story work able to progress:

“[Pocahontas’s] journey was to save Smith and it had to be the climax of the film, and once that happened, everything else fell into place. I wouldn’t say easily, but it certainly fell into place. Historically, after this incident, Smith was there for a number of years, so we had to somehow make that the climax of the film and then compress the fact that he’s leaving.”

However, in regards to the two central characters, Pentecost did admit to taking a little bit of dramatic license:

“Pocahontas is a little older in our story than she probably actually was, and the true John Smith was probably not a very likeable character.” 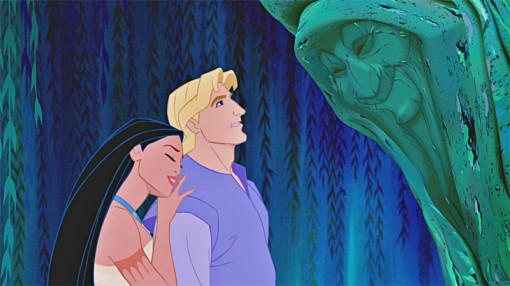